Orgasm for the eyes, yawn-worthy for the thighs 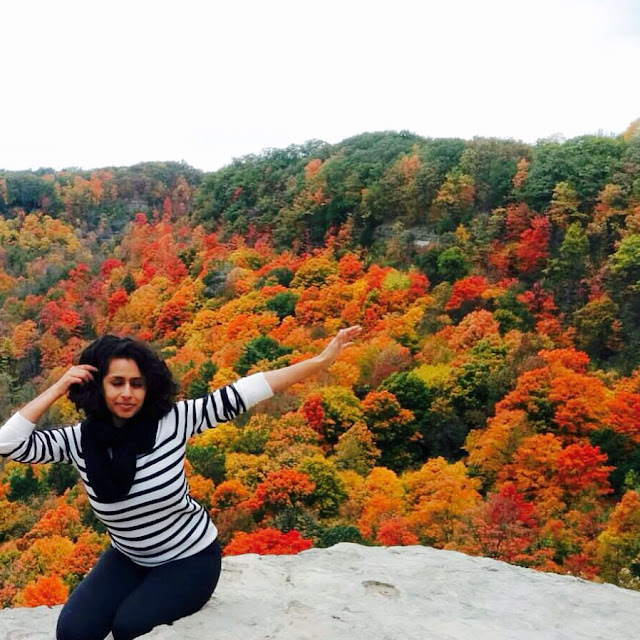 After travelling Thailand's electricity free mountain villages with my old uni friend to erasing our brains on catamaran boat parties of Asia it was time to look homeward for some tantamount level thrills on my annual trip to the patria. It's weird, but I've seen so many of my childhood (and non-expatty) friends become paralyzed by the inertia of routine. You know, when one lives in a place for so long that they lose the sparkle for adventure and discovery simply because they are inured to its existence and availability i.e. death of FOMO for anywhere not typically "exotic"?! It's sad and disappointing for returning expats to see such a paucity of enthusiasm for adventure-- the very stuff that becomes the crack that keeps addict expats away from ever returning to normal. So it was nice to see that Steve (Toronto-based) was still up for Toronto waterfall hike in what he called his 2 days off from consulting a 'staycation'.

Bref! While I wanted to take a second to make recommendations for either newbie foreigners in Canada or urban couples looking for a quickie romantic weekend getaway, I urge against this Webster's Falls at Spencer Gorge experience in Hamilton (this may come as a surprise after reading my instagram post on it).


Webster's Falls: Not Quite Niagara


Where we went wasn't the most outstanding waterfall of my life. In fact, I could have pissed more water than that leaking rock face excuse of a waterfall. But I guess not all spontaneity is rewarded by the good vibes that fuel it? 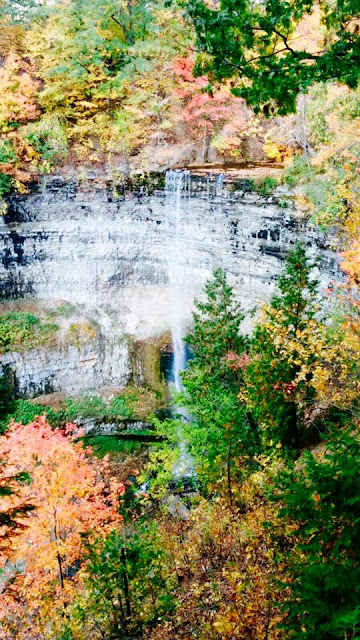 What the eff is this urethra of a waterfall?


(As you do) we sort of just got hopped in a car at 1pm on Thursday afternoon from St. George station and had no idea where we would go except that we wanted to do an epic Canadian hike and it needed to be basically not more than an hour away. Totally reasonable, no? No. Our late start was due to pure indolence (so I can't chastise too hard core you other lazy ducks) and it did indeed limit us from doing something more epic, which would have been about four hours north of Toronto. Nonetheless, while on the road to somewhere we frantically searched Hamilton Waterfalls and waterfall hikes on Google  and Spencer Gorge is what came up.

From the parking lot to the "peak" it is about a 1km hike on a gentle slope. From here you have an an amazing view of the gorge and the town below.  There are two waterfalls at Spencer Gorge. Tuy's waterfall is on the way to the peak and Webster you have to go on a separate nature trail. Sadly, the waterfall hike may be considered difficult only if you are crippled.


Undoubtedly, the hike to them is a pleasing stroll through autumnal flora and you can take a couple winding trails that are about 4km max, but in no way considered strenuous. The trails were all well-defined and without slope (I NEED EXTREME EVERYTHING, RAWRRR).  You could go off trail and sit off the gorge rock faces, probably perfect for young Canadian potheads or couples looking for a romantic place to lock tongues. I don't blame them though. It looks like naturally what I imagine people take LSD to try and achieve chemically. 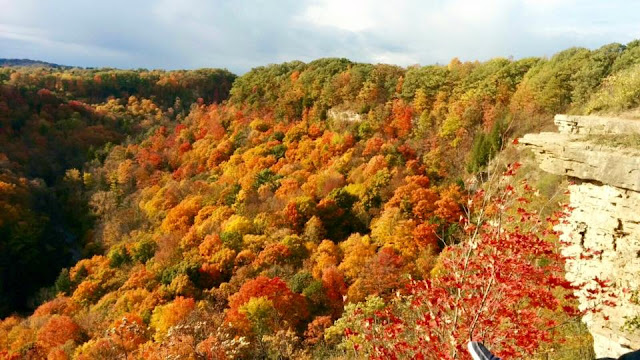 In the end, not all was lost. This autumnal wonderland made my heart cry out in splendor! Listen, World, Canadian nature in the fall is unparalleled outside of North America and this is the main reason why I, and anybody visiting Canada should choose this time to return each year. Screw summer! In Asia there are not even season changes! Only wet season and less wet season! The stark contrast to the eye of the yellow cage against a blue sky coupled with the powerful redolence of transient leaves and brisk air makes it a sensory experience you won't easily forget.

And as this Ted talk aptly explains, the most powerful memories you make are the ones that touch as many of the senses as possible (honestly, one of the most influential talks I've watched from TED). 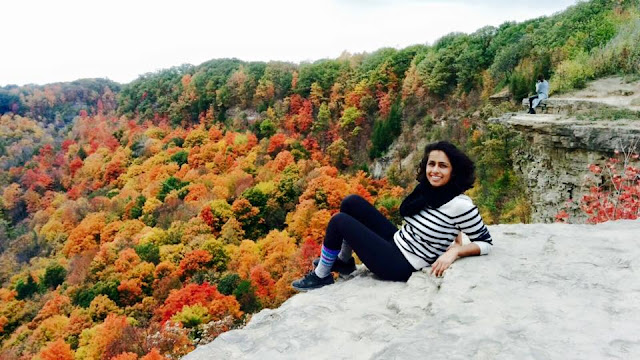 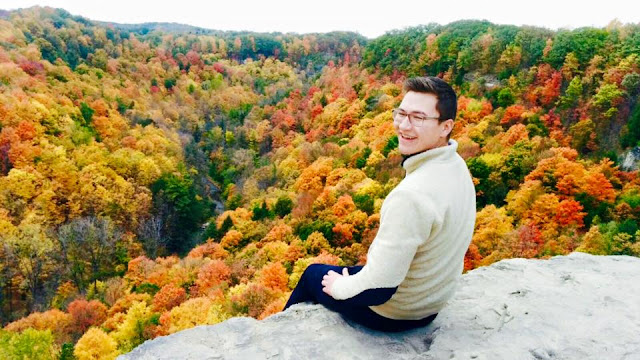 My "Hiking" Ontario Summary for Spencer Gorge and Webster's Falls

If it wasn't for the epic beauty for the time of year, I would not recommend this for young, strapping adventurers who like to feel their hearts beat faster. However, as two old college amigos strolling and having a laugh on what Stephen proudly called his 'staycation' from entrepreneurial and consulting life, it was perfectly fine for 3-4 salubrious hours.

I know I have a lot of hella active adventure friends who explore the Toronto outback! Please suggest some Toronto day trips that are equally epic AND sports intense, if you know any better!

Yellow is the new black - Some music for your autumn hike

I imagine listening to Pulaski at Night and La Llorona while the cage of yellow leaves held by trees breaks into a flurry of magic that swirls around you while you twirl round and round.. Magic. If you're interested, here is my playlist of other songs I find beautiful, on Soundcloud.

Oh, and if you want to experience someone who will certainly be famous, before anyone else does, check out this young University of Toronto student I saw auditioning for his opera exam on Philosopher's Walk, Ian Sabourin. I was walking to Trinity and heard, what I thought was the lead singer of Beirut. I stopped and listened and then found the source of the beauty was a live human and not a recording. I had to talk to him, he really lifted my spirits by way of his voice. He told me he was discovered by his professor to be while busking on the streets of Ottawa.  Here is young Sabourin when he was interviewed on Global News.