Vintage Shopping in Jakarta and the New Wave of Indonesia's Hipsterpreneurs


After almost two years buried away in Bangkok (doing that whole young professional thing in tech startups), I am updating my pick for the best vintage shopping in Jakarta. I wrote about Pasar Senen before as a pulsing, sweaty second hand market for the people (ie perfect for a poor UN intern living in an alley with goats) where through hours of digging you could find purple leather loafers for $8 and even designer stuff for under $20. 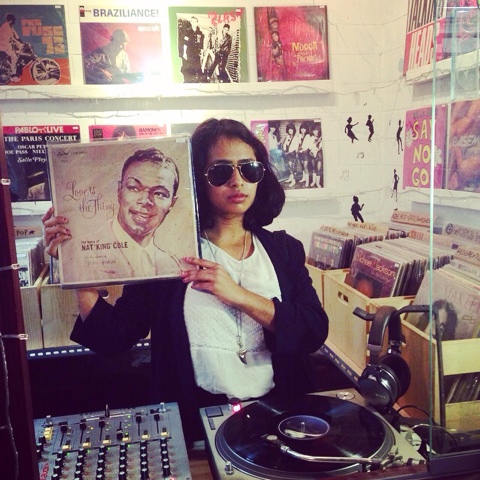 Pasar Santa is different. To shave the prolixity, it will suffice to say that this Jakarta vintage market has, in the last year, turned from a traditional derelict
dump like Senen to a hipster hive (still shabby but given its new context can now be called "edgy") of a hundred or so tiny curated vintage shops selling everything such as old vinyls, posters, clothing, shoes, skateboards and more. The food area is awesome too with a whole slew of vegan and healthy gourmet options. 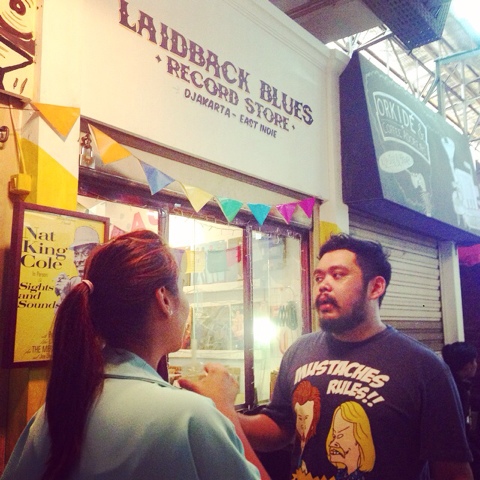 Changing face of retail in Indonesia

The shops represent a seriously impressive new wave of young Indonesian entrepreneurs (hipsterpreneuers?!), emboldened both by a changing retail landscape and the never ending quest to beat monotony. Because in a market where there are not many accessible brand options (like China), it's too easy to show up to dinner in the same dress (what I think of as the H&M effect).

The shops have curated vintage stuff that young Indonesians have sourced from abroad like Japan or Europe so you know what you will have is unique. And they take the pain (or pleasure ) out of hunting, adding value through curation. At a much higher price of course. My coolio cat Indonesian friend Sicilia has launched an instagram version of this because as she said, "So many people don't want to look the same as the mainstream."

Here, with an insatiable predilection for second hand bags, I bought my first designer bag by some lady named Diane Von Furstenberg for 1.5 million rupiah (120 USD). Even more interestingly is the consignment model most of these brick and mortar shops have to aid sourcing and selection. When I bought my vintage purse in the cool black shop with a random selection of shoes and bags, the young cashier told me I could drop stuff off to sell. Just like that, I could be making monayy?! Unless I'm completely out of touch with reality, Toronto or Paris kids do not have the same sense of empowered salesmanship that makes you think that anything is possible. Thoughts?

Anyways, it is quite expensive. It's 30% fee off price to sell in their semi marketplace and if it takes longer than 3 months to sell, you have to pay them 30% for I guess some sort of display charge. This is according to Sicillia, who tried to sell her boyfriend's shoes at the same shop.

Now that I work in ecommerce, I am moderately fascinated with how the offline world is adapting. For young Indonesians it seems to be the smoothest transition, as they use digital channels to drive online traffic to the offline and utilizing all the learnings they've gained from the safer online sphere to optimize offline. Sicillia told me that when her shop, Quirk it Up, gets bigger she will be vigilant in getting more offline presence. Her strategy emulates what many Western brands coming into Southeast Asia are doing as well, leapfrogging brick and mortar and testing with ecommerce. 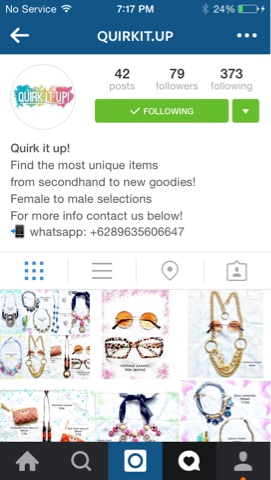 I am super happy with where Indonesia's alternative scene is heading. I admit to being exhausted by the speed in which trends rip through the country, everyone desperate to jump on bandwagons to revel in the same things, effectively making the hipsters look (more?) like clones/clowns. This eruption of these shops is a protest for individuality in a country with the fourth largest population in the world and I love it. 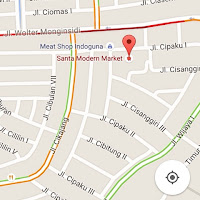