You're in Jakarta now, but let me give you some perspective of the world outside. Today, Toronto's autumn air was crisp and invigorating, the sun glinted off the yellow tree leaves like a cocky grin and my friend Jeb and I decided we were going to eat our hungover burrito outside. I had no idea where we could find a park in the area we were downtown, but he wasn't worried."I'm pretty sure if we walk far enough in any direction we'll hit a park," he said breezily. 500 metres later in rando direction we were sprawled in the green grass, sour cream dribbling down my chin. Like duh was soaked deep in his #firstworldproblem voice, but little did he realize the urban planning cluster buck nightmare that is Jakarta that I had come from before. 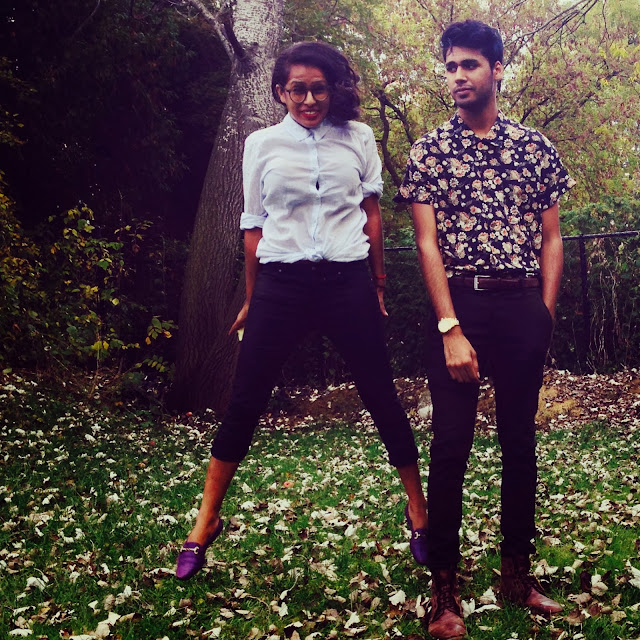 Upon arrival in Jakarta, September last year I had a haunted visit akin to ol' Ebeneezer Scrooge. I saw the ghost of anti-consumerist highschool Fel's past scream in agony and attempt a roundhouse kick to my sensibilities. Everywhere I looked, everywhere I walked and everywhere I ate, I was surrounded by MALLS.  As prominent as zits are to your adolescent pizza face are shopping centres to Jakarta’s expat living, but unlike Scrooge this was no nightmare.Where was the local goods? The cool markets?

Before you know your way around, you will feel trapped in massive luxury shopping centre universe. I know it sounds like something out of a futuristic sci-fi film, but it's true! Everything from cool cafes, your gym and even the clubs are found tucked away between shops of Chanel and Versace. Some of the only walking you'll get to do on real live legs things will be through the fake air of Grand Indonesia while enjoying the fake scenery of sakura trees, not to mention loathing your povo intern life as you lust after than Lanvin dress you see every day coming from the office. If you dare walk "outside" proper,  proceed with caution, (unless you live in Kemang, Taman Rasuna or Mentang), due to ubiquitous sidewalk sewer holes that will drop you to your sludgey mortal end or to dinner with the Ninja Turtles? 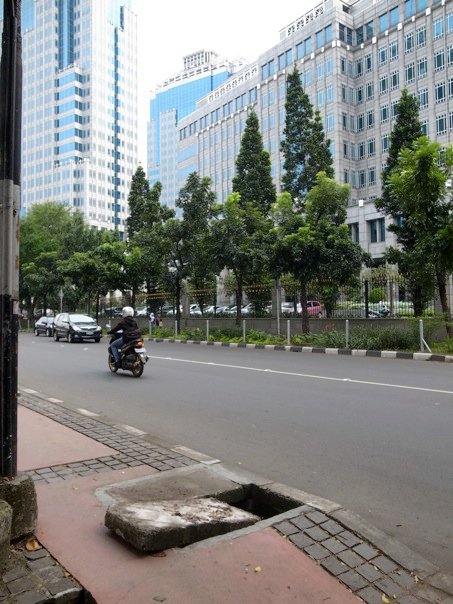 Beyond my bitching, it's actually a problem. There's only 9.7 percent green space in the city with developers having snatched up most spaces for luxury malls and apartment buildings(source: Jakarta Globe). You would think there would be more regulation regarding the urban development but low priority for green space over the years, lax laws and corruption has made fighting for the side of the greater good the underdog. A new urban planning bi-law for 2010-2030 has hopes of increasing green space to 30 % but as you live in Jakarta a bit longer and learn about how the city works, you're optimism will fade as quick as your cholesterol rises. Goreng depression please?


Hope for cool shopping, but not outside chilling
With so little public and pleasant space in the city, it's safe to say most of your leisure is spent in the out-of-your-league presence of ol' Louis V and Marc Jacobs. Are you starting to wallow in despair? After two weeks there and having Robin Sparkle’s “Let’s Go to the Mall” on repeat on my brain radio and a cool clothing void, I did too. Had I fallen into a worm hole and emerged in an Asian anomaly without rad local clothing markets, indie and affordable shops as I had seen in Bangkok, Hong Kong or even Kuala Lumpur?  I just wanted to avoid the damn malls and do some normal baller student/intern shopping and roll in some green grass! While the latter was impossible (sorry), the former held hope.

Turns out I was only lost on cloud ignorance and was pulled out by local and expat friends in Jakarta who took shopping very seriously. I knew I could trust them. They opened my eyes to the light.  Once I went to some of the markets my friends Maeve and Sycillia told me about, optimism flowed out of me like a bursting damn in spring, with my pent up Rupiah gushing forward in equally copious amounts.

Anyways, newcomers, let me save you the consumerist chagrin I felt upon arrival, also the buttloads of money you may dispense at Top Shop from belief that you have no local cool options! As with the indie nightlife scene, Jakarta will continue to surprise you when you know where look! Hopefully this indie guide to Jakarta Shopping will help ease your transition!

2. Vintage Spots
Pasar Senen: Vintage.Paradise. Imagine a whole mall full of second hand goodness. Two floors, packed back to front with stalls. It's hot, sweaty and hella cheap. More than just clothing though, you can get home appliances, kitchen stuff, electronics, anything everything at a local price and prices range from 4000-200,000 IDR.  The best time to go is Saturday because it's when they get the new shipments. But careful, you need to bargain like crazy because if you're a westerner they'll obviously try to get you to pay more than 5000 RP for that shirt you love (truth. you can get clothes for that cheap). Also, perfect place for costume party shopping and where locals go for everything! Details here.
Trans-Jakarta: Senen, Taxi: Ask for Senen or Atrium 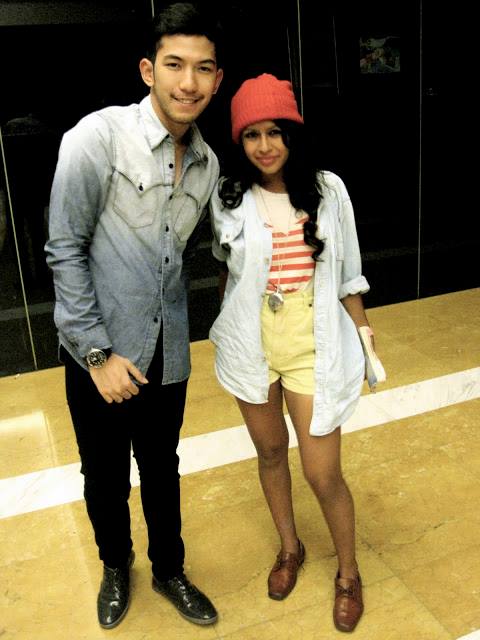 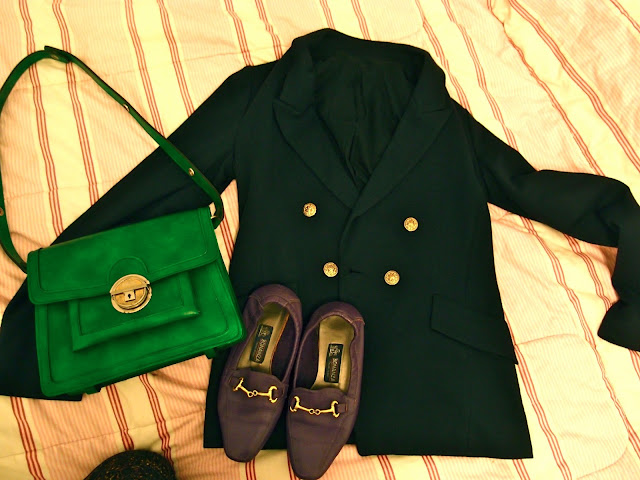 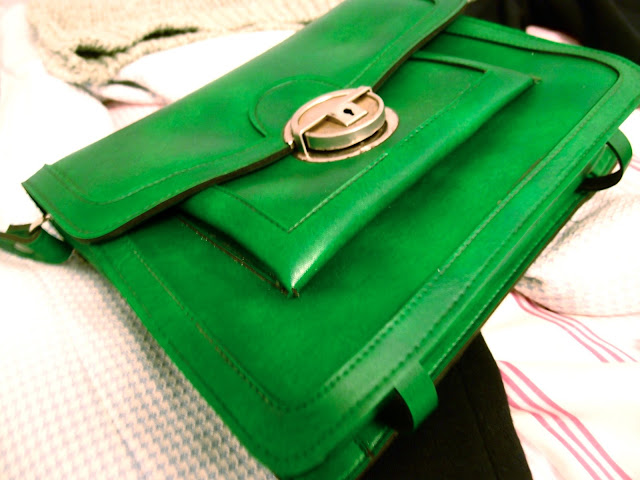 Jatayu: Mini vintage market. There's some potential but it's so small and out of the way that I'm not sure it's worth it. Having made the trip there though, I couldn't resist buying that high waist blue skirt! Maybe you'll be more successful. 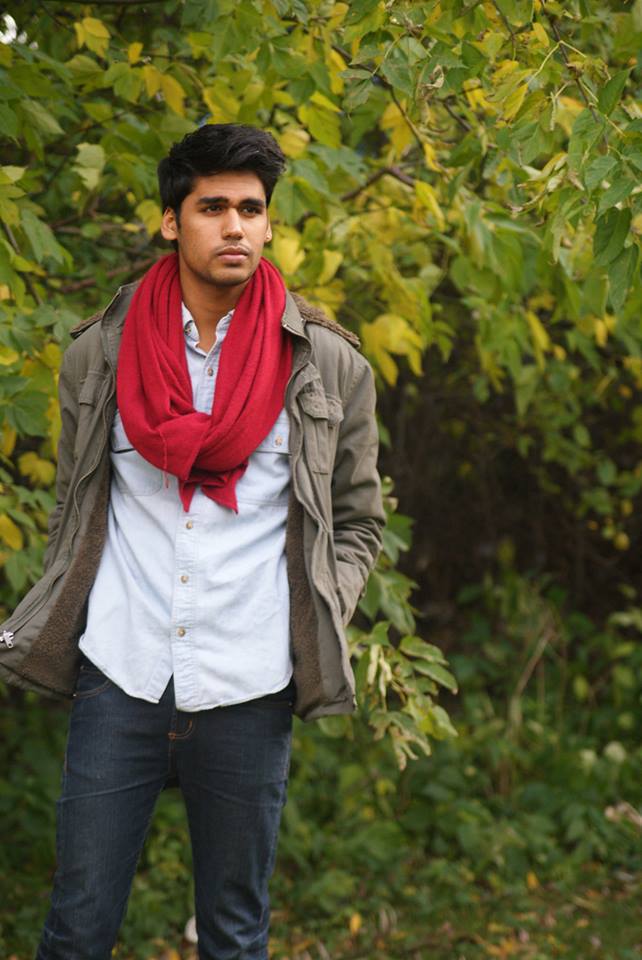 
3. New Stuff
Pasar Baru: Not as cheap as Hong Kong or Bangkok shopping but still one of the cool places to shop for hip and most importantly, new clothing. Sort of like the Pacific Mall of Toronto. What's cool is that it's outdoors, like a plaza so it gives you a chance to breath air, yay! Got a sweet blazer there for 100 000 IDR (10 euros) after bargaining of course. Unfortunately, given my internship stipend, my shopping for new clothing was severely limited and that's why I stuck mostly to vintage as seen below.


Semmangi: This is a mall but not luxury baloney. More new clothing and a wide variety. The basement and first floor is where the best and cheap stuff. There you can find reasonable priced blouses, blazers, shorts for work but also funky pieces too. Everything in the first picture is from Semmangi.


Manga Dua: Here you can get a variety of Asian made clothes for good prices. My Spanish colleague got many things for work, blazers and such but also party clothes. But even better, Manga Dua is known for it's huge DVD selection and where friends would go to buy independent or non-blockbuster films that you can't find elsewhere.

Top Shop at Senayan: I know I know I said avoiding the designers and cheap but I just had to point out one piece of advice for those days you want to splurge on greatness. The best Top Shop in the city is NOT at Grand Indonesia but at Plaza Senayan. It's way bigger, more sales, more sizes and selection. Okay back to the indie guide stuff. (Take TransJakarta to Ratu Plaza. It's behind it).

4. Electronics and Odds and Ends

Tanah Abang: Apparently run by Nigerian druglords, this is where you go to get textiles, electronics and whatever else for the cheapest prices around. Tanah Abang is an area of Jakarta, not one shopping centre. Admittedly it's pretty damn ghetto, but if you are looking for the best deals this is where to go. There's also an Arab market there where you can get cheap coals for your shisha pipe, vaseline, olive oil etc. The huge green building is the largest textile market in Jakarta. (Central Jakarta: If you tell your Ojek or taxi Tanah Abang, they'll know where it is).

Ambassador Mall: Electronics haven. Cell phone shops everywhere, cheap (cheaper than Ratu Plaza, the nice sort of Electronics mall). Also you can get cheesy as hell clothes, but I wouldn't recommend it.

Have any recommendations that I missed?
What do you do to escape the malls in Jakarta?
If you can't escape, what's your favourite shopping area there?

The Sigit: Midnight Mosque Song: Finding good local talent in a new country is exciting. And this is the best song I've heard out of Indonesia (not that I'm an expert). It has a jazzy funky beat similar to Timber Timbre, streaked with melacholic noir and beautiful lyrics that you can only fully love once you've lived in Indonesia. It reminds me of Bandung for some reason.


New to Jakarta? Check out..


Where to Live in Jakarta: Neighbourhood and Apartment Guide for Young Groovy Expats


Practical: Avoiding Taxies that will Rip you Off