Vipassana is the India Bootcamp of Meditation, Here's Why I Did It

The first time I heard about meditation, it was in the philosophical film Ace Ventura. A pillar in my young life.

I spent my life thinking it was for mystics, monks, my childhood crush Jim Carrey and kooky creatives like David Lynch and it basically gave you magic power skills. Then some years ago I started hearing about actual people I knew claiming to be doing this meditation business. I had no idea what meditation entailed except mind flying and sitting calmly for a long time. I'm not going to lie, I still wrote it off, thinking meditation was NOT for me. Why? First, I'm not a believer in anything metaphysical. I play sports. I am an extrovert. My hyperactive mind is part of what makes me, me. Plus, it sounded dull. 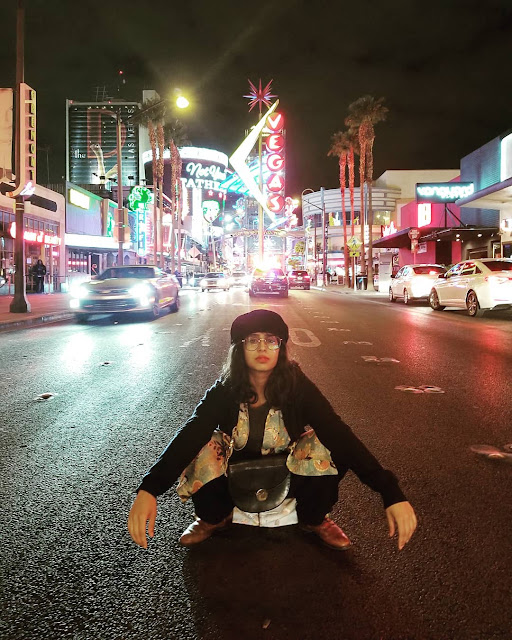 Then a couple things happened. First, a good friend would not shut up about it. In fact, once we were out in Jakarta he went to look for a rose to buy from some old guy on the street. I thought it was sweet, but unnecessary to buy me a rose because we were just homies, no need to try. I let him know as much.


My first impressions of meditation are thanks to Jim Carrey


"Uh, the rose isn't actually for you," he said awkwardly, "It's for my Rose Meditation, a new technique I'm trying out."

What? It took four years from this night in Jakarta to convince me that he wasn't just making that up to cover his wounded ego. But one of my best friends, Justine, explained that there are types of meditation that don't require one to resort to the casuistry of the cosmic believers and zodiac types. The brain and our thoughts can and should be trained for maximum efficiency, like other parts of our body.

My mind creaked open slightly like a vast heavy door, but at least is was open! Prior to this, I thought of meditation with the polite disdain reserved for conspiracy theorists at awkward highschool gatherings. The final straws to blow my brain door wide open came when Rose friend's father, who was a serious man, diplomat, all round rough, tough American man (not typical hippie) told me that he was convinced by the effects of meditation. That was an unexpected source.

It helped clear his mind, calm him down and make him happier, he said at dinner in Hong Kong with Rose Boy and our friends. Second, another friend studying a PhD at Columbia told me about solid research that showed the benefits of meditation and mindfulness. Third, another friend, highly academic in nature decided to give it a whirl while he took a sejour in India. He said it was fantastic. Finally, my little brother did it while he was in Thailand and it changed his life and helped him deal with his anxiety issues. In an age of over-information, I value word of mouth recommendations above all and in 2016 I was presented with five of them.

Taking Back my Mind
The final impetus came when I felt trapped and helpless with my digital consumption habits. It happens to us all- we say we wished we had more time to read, to play sport, blog (...ahem) etc etc, but in fact we waste so much in microactivities online - a video here, a post there, a tweet there, but in the end we lose all of our "free" time. And I love social media and sharing, but somehow I had lost the motivation to write long-form stuff as much as I used to pre-mobile internet age. I listened to a great London School of Economics lecture that really crystallized my frustration. It said that our attention has become a commodity cheaply put up for sale. Jingles touch our ears, flashing banners catch our side vision, even smells pollute public spaces in an attempt to win your attention, that the newest luxury product is not a car or a watch, it's silence.


Jingles touch our ears, flashing banners catch our side vision, even smells pollute public spaces in an attempt to win your attention, that the newest luxury product is not a car or a watch, it's silence.

Silence. It took 29 years of loud, hyperconnected living to finally yearn for the luxury of silence. And discipline. I wanted to take back mastery of my mind. Especially working in marketing and reading about Nudge Theory, the seminal work of U Chicago's Thaler & Sunstein. It highlights how much human behavior is influenced by being absolutely thoughtless, from snacking on a bowl of nuts merely because they are in front of you to the ability to alter opinions by changing the nature of how something is presented or marketed. We make snap decisions in a vacuum of information, and they don't always serve our best interests. I couldn't cut off the internet or social media, because it is too integrated in social and work life, but I was frustrated with the status quo and of course wanted to become a super human.

So on January 1, 2016 on a Hong Kong rooftop on a cool hungover evening after NYE, Rose Boy mentioned above offered to show myself and our other friend Marco a couple meditation techniques. We lit some candles, ravaged the couch for cushions and moved up to the rooftop for some calm vibes. Being underslept, I was pretty sure my first "meditation" would consist of the special Deep Somatic Technique known as falling asleep. But a miracle happened and I wasn't tired at all.

I was able to succeed at stopping the Blitzkrieg of thoughts assaulting my brain! And in the process of calming the chaos of this melon, I fell into a deep plasma-like river of bliss and calm for a couple minutes. I knew I needed find a way to figure out the meditation practice asap.

Noble Silence and a Secular 10 Day Retreat in Jaipur

There are a bunch of apps that are supposed to be good to get into meditation. Head Space comes up a lot. But I wanted to walk the path of my little brother and do a Vipassana. This is a ten day retreat of absolute silence with no reading, writing, gestures, eye contact and nine hours of meditation from 4:30am to 9pm each day (with breaks in between). It is supposed to be secular, in the sense that it talks about Buddha as a philsopher with a good breathing technique that empowers people with the ability to assess before react. It doesn't tread on afterlife and inane religious rituals. It doesn't even talk about chakras and that other mystic stuff that most yogies and hippies subscribe to when they meditate. It's really supposed to be the Marine forces but for your brain.

So, (big news!) when I left my job of three years this year so I could go back to school, one of the first things I did with my freshly squeezed time was to head to Jaipur India to do the Vipassana Silent Retreat.

How was it?
It took every ounce of discipline I had in my body to not quit and run out the door.