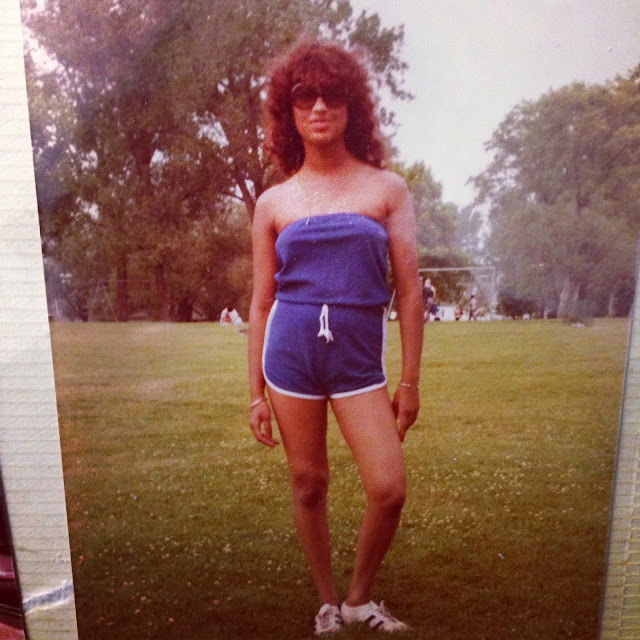 The new faces of Canada. My Mom in the 80s

My Guyanese family, especially my grandparents, are surprisingly the biggest brand ambassadors of Canada. Though they have visited three of the world's 196 countries, they have the audacity to claim that Canada is the BEST one. Are they whack? Maybe not. Here's how they broke it down to me.

"Do you know how hard we worked to come to this country?" They asked me with scowling dark eyes. " Do you know how many people are dying to get into Canada, and you.. you!," My grandfather paused in disgust, as if I was the whack ass one, "You can't wait to leave!"

How does one respond to that?

Normally, I feel no more or less Canadian than my white compatriots even though I am the first generation from my fam to be born in this country. So what if I didn't grow up listening to Rush? I like hockey, I'm polite and a strong liberal and say 'sorry' and 'about' in ways that foreigners find weird ( or cute, I like to thin).

Yet, when my family plays the ol' Guilt Trip playlist with hit songs like 'Responsibility to the Nest' and 'Ungrateful Child of Mine' I quickly remember that in fact, I am different. I am not only Canadian, I am Guyanese. You hear a lot about ABCs and CBCs (American/Canadian Born Chinese), but do you know anything about why there are so many people from West Indies (Guyana, Trinidad) here?

Once I understood the sad history of Guyana and my family as orated by my family I started to understand why my incessant wayfarer-ness is a life choice they cannot accept.

A Brief History of Guyana's Exodus
Just look around Toronto and Queens New York. These places are rife with people who look indian but sound like a cross between Bob Marley and a songbird. The Guyanese and Trinidadians all showed up in the 70s because shit was going down in the homeland after the ruling British power decided they couldn't handle their colonial empire no mo'. Typical colonial fall-out around the globe at the time was exasperated on the backdrop of the Cold War in the 60's.

The West Indies' brand of strife was between the Indians and the Africans—the two main groups the British brought over to work the sugar cane fields.  Over time, different socio-economic statuses developed between the two, creating a class tension that burst like a pus-filled pimple once the Brits left.  Indians, enjoying more economic success, were scapegoated and targeted. Riots were brutal, no one felt safe. It was during this period my grandfather had his house burned down and had to hide in fields holding my uncle, a mere baby at the time.

In Guyana, my grandpa George at 26 (my age now!) owned land and a shop but there was no way in hell was he going to risk his family through the volatility that Guyanese politics were at the time. He decided it was time to make like a cricket ball and bounce. And that's when the universe smiled at them and a golden gate opened up. The golden gate was Canada's Open Door Policy of the 1970s and the gatekeeper— the revered prime minister Pierre Trudeau. A legend for Canadian immigrants, making faithful Liberals out of them for life. It was a golden gate indeed for so many people who needed it in the terrible global fall-out of post-colonialization in the context of a divisive Cold War. Never doubt an immigrant Canadian's patriotism. I get their vigour. I hope it makes sense to you even if you ain't an immigrant. 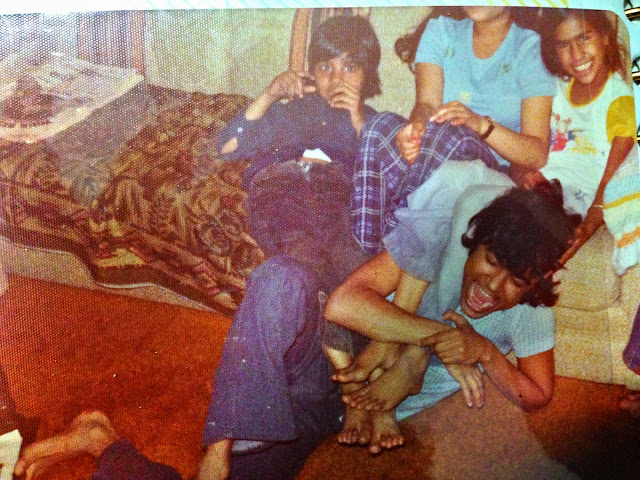 My mom and three of five siblings in the early days of Canada life.


But swinging into that open door wasn't easy at all. My gramps had SIX children that he needed to import to Canada from Guyana. And he had had a lot of his assets destroyed in the riots. What the hell was he going to do, right? But he was determined and hardworking. As such, him and my other grandparents worked menial jobs earning meagre wages in order to bring their whole family over to Canada—a stark contrast to the lifestyle they had in Guyana. My grandmother dragged buckets on her feet as she collected worms for fishing bait here, earning 5 cents for every worm she collected (this is the same grandmother who gave me a Versace handbag and a fur scarf..!). My grandfather worked in a hospital as a cleaner. You know how expensive flights were in those days?! My grandfather was also divorced, so he was a single father with those six immigrant children trying to support and shape into what would be the new faces of Canada.


He lived like a bottom-feeder and slaved away to leave third world's instability so his family could build a better life, one of both security and freedom.  And they succeeded, my whole family is in Toronto. Now they all  have massive homes and everything they want, they can obtain. It makes me fiercely believe that a country that has a strong presence of these sorts of immigrants has a vein of strength and perseverance pulsing through it that those without can possibly imagine. Sure, there are risks of crime and instability that comes with reintegration, but the longterm effects build the foundation of people that will drive the country… aka us first-generation kids.

Anyways, fastforward to tomorrow. Grandpa George's granddaughter is leaving Canada heading to Southeast Asia, to a country still stiff with political tensions, underdevelopment, corruption and more. By following my dreams like an old Canadian (re: white), I have veritably slapped him in his face.

All I can say is that I agree. Toronto and Canada may indeed be one of the sweetest places. Thanks to them I am the holder of one of the best passports in the world—able to travel anywhere, grew up in a just society with good values and an education that has enabled me to go to the places I have. Toronto is an amazing city with great music (Metric, Feist, Austra, The Diamonds) film life (James Cameron, Ryan Gosling, Michael Cera, Ellen Page), food (it's the foodcourt of the world), universities (U of T) delicious tap water and greenery that will make you cry in the presence of its beauty.

It's only because they left Guyana I have any of the opportunity I have today. I wish they would realize that.

Anyways, in a very Canadian fashion I will apologize. Sorry for the extremely boring post. Below I've posted some pictures that highlight my love of the city. I am sad to say goodbye to all my friends and family, but honestly so excited to get back! I love Asia. I love the adventure and hope to see you soon! 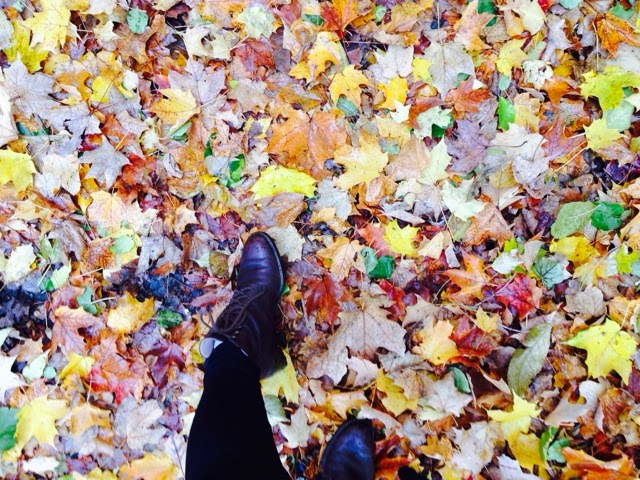 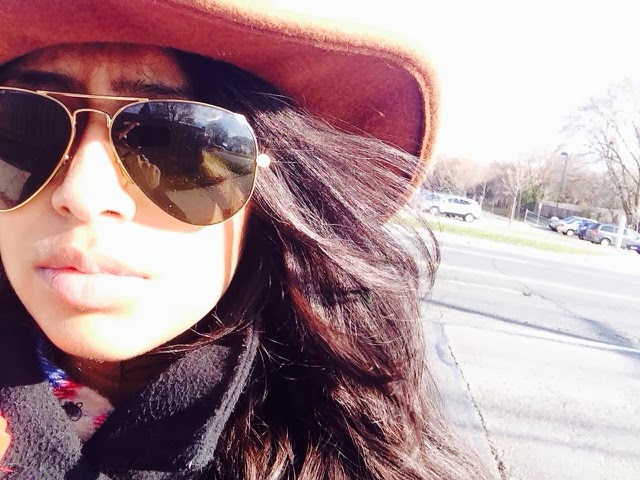 Wearing my Autumn hat because I needed it and not because I was forcing fall fashion in hot Asia. 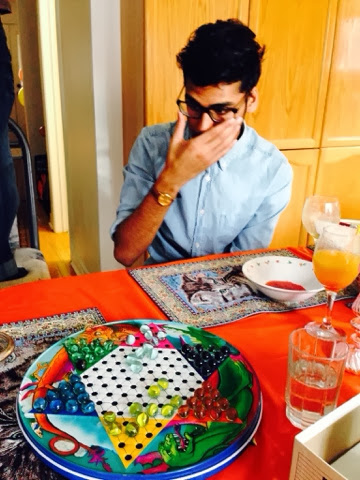 Chinese Checkers with my bro at Grandpa George's house on his 75th birthday. 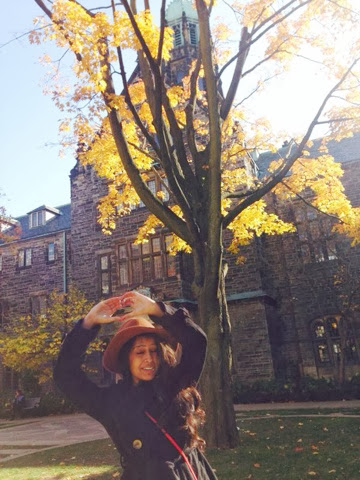 Trinity College at University of Toronto. Amazing school. Brought me where I am today. 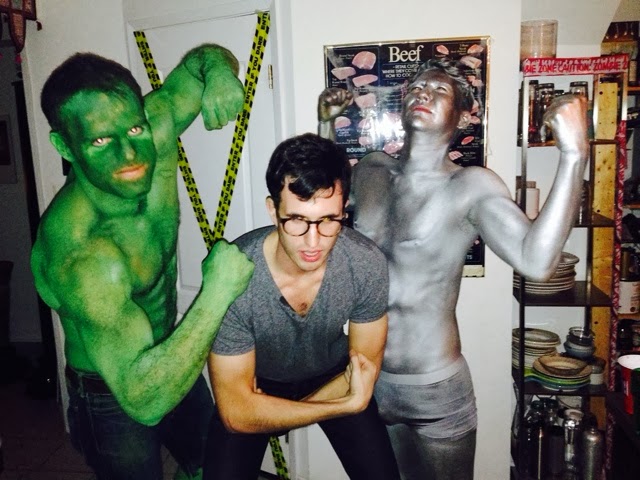 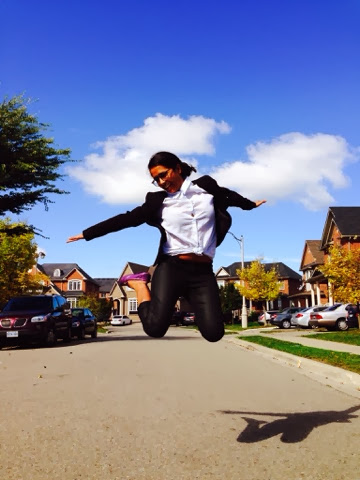 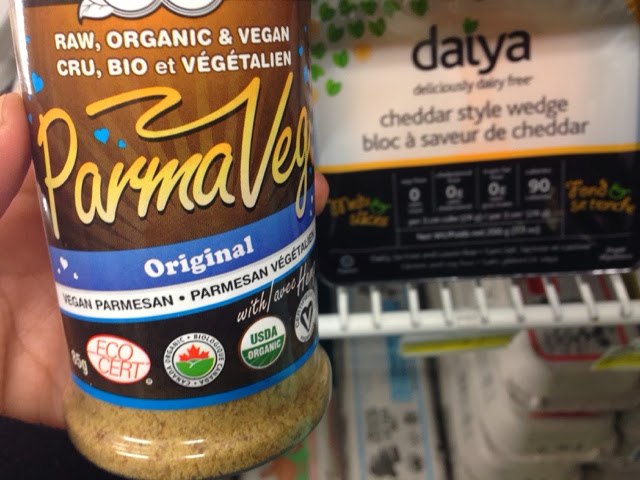 Access to vegan and organic everything in life does not exist in Asia. 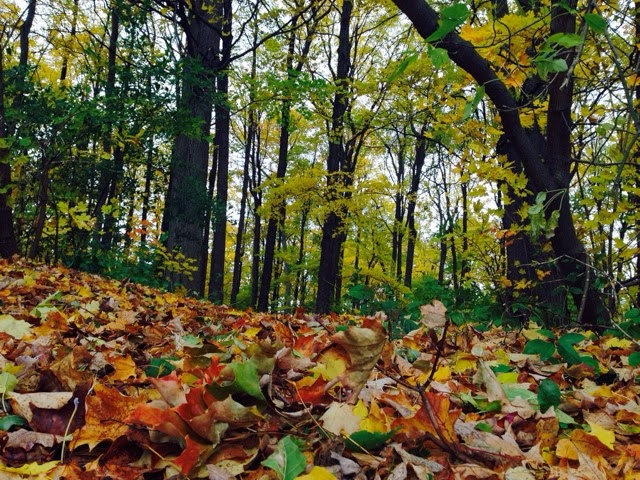 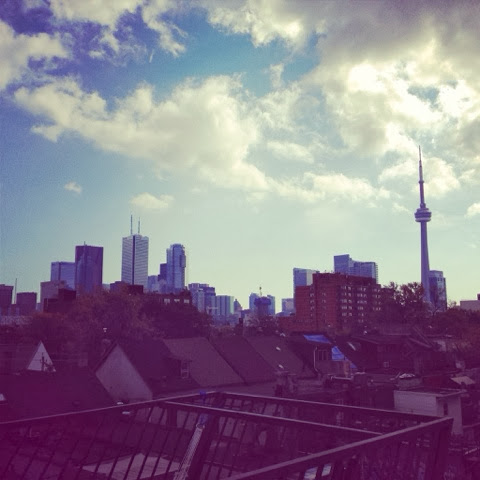 Is your family like this? Any advice on how to win their acceptance? Be a bro, share below.