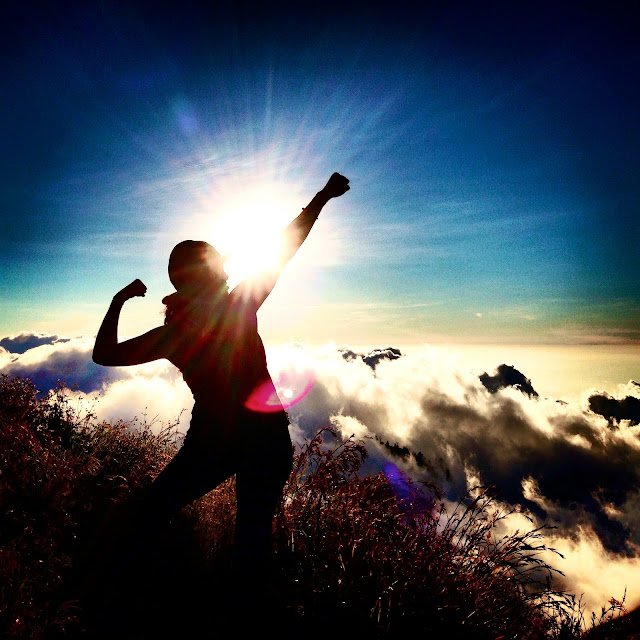 We were basically Jon Snow. The Wildling mount of THE WALL was analogous to my 2640 metre vertical hike up Mount Rinjani, which was fraught with humid air (!) , jungle (!) , volcanic rock (!)  and a speckle of monkeys (!) . We may not have averted death by ice boulders, but by the end my fat legs felt were essentially ablaze with wildfire (okay, okay enough Game of Throne references).  I suffered physically, but it has been conquered!  And despite being stinky, prickly and rockin' a sock tan climbing Indonesia's second highest volcano we were  gods on an island of clouds contained only by the endless ceiling of stars above us.

Right. Gloat-o-clock is over. Allow me to share what was damn helpful to make this trek  the best ever that my bestie, imported from Canada, and I did. Please feel free to add or share your experiences too, eh! 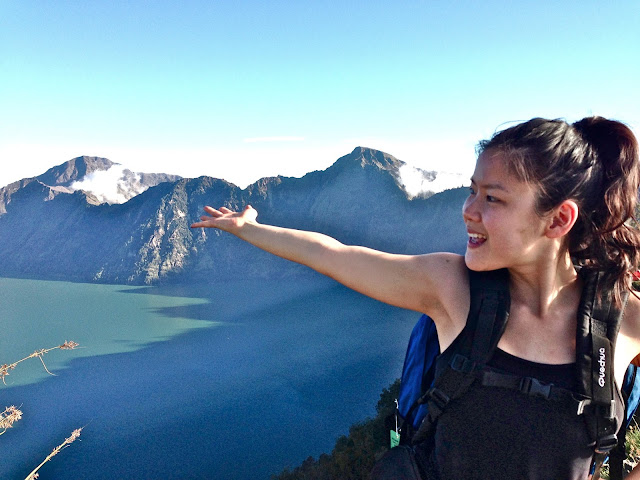 My oldest and best friend comes the Orient to visit me in Jakarta. Great thing about getting older is that your friends have real jobs with real money. They can finally afford to visit me in the obscure corners of the world!

1. Which tour? Pick the 3Day 2Night package
Why would you bother submitting your body and time to only go most of the way up a mountain? You're never going to do this again so buck up and go up to the top. We actually did not though, choosing the 1night 2day package instead which just took us to the crater. 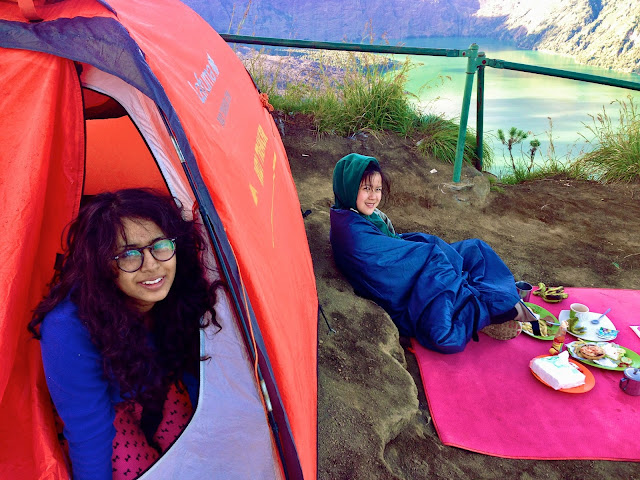 Good Morning! Breakfast with a view at 6:30 am. While we were warm and comfortable, it definitely wasn't easy sleeping. The wind raging around the tent the whole night made us think we would take flight off the mountain side.


It's still awesome, camped out on a crater overlooking the most pristine lake I've ever seen, and sleeping above the clouds. But with the larger package you actually get to go TO the lake and swim + do some hot springs + summit at over 3000 metres. Mild regret, but we were pressed for time / I was scared..

2. Price. Don't be an Absolute Cheapass
Basically you get what you pay for. For our 2D1N we paid 1.25 million IDR with Rudy Trekker, which included pick-up and drop off to port, all meals, 1 night free stay before trek, equipment, and porters. Most packages include this stuff, but ours was seriously good quality. They made delicious vegan/vegetarian friendly meals on request, consisting of tofu and tempe curries, the guide was young, strong and spoke english (Dika!), our equipment was warm and the accommodation was beautiful and nice.


You can get the same thing for around 800k IDR but you get instant noodles, old guides and less good equip. Also, I've heard of some guide packages using small children to porter the heavy equipment up the mountain. Do not be a dickbag just so you can have more money for beers! Make sure they don't use children.

3. Packing. Don't Stress About Bringing too Much
No books, no snacks, no sleeping bag or even flashlight. In our tour everything was included. Plus, you most likely have to carry your own backpack. Do whatever you can to lessen the load. As for books, they may seem like a good idea in theory, you know, reading The Unbearable Lightness of Being while climbing into the sky, but just don't. Your back will be the physical representation of all of Thereza's heart burdens!


4. What you should pack. Gloves, Spare T-shirts, and Fleece
While climbing, you lose your weight in sweat. Extra t-shirts are key so you don't get cold the higher up you get. Once at the top, make sure you are warm and snug. Fleece and gloves were key for this. ESPECIALLY GLOVES.


5. So yea..You have to carry your own bag
I know it sounds silly, but I didn't know we had to. When I heard we had porters, I thought it was for them to carry everything. They don't generally. However, you can discuss with them to do it. BUT MAKE SURE YOU GIVE THEM AN EXTRA TIP FOR THEIR TROUBLES. I gave my champion porter an extra 100k.


6. Even if you are a fat ass, you can probably do it
We saw mom's, old men do it and yes, my own big booty was able to trudge up to the top. It's a small challenge if you're not fit, but it's not the type of hard that will make you cry blood or anything. Don't be scared and just give'r. If you can, train your cardio before hand. 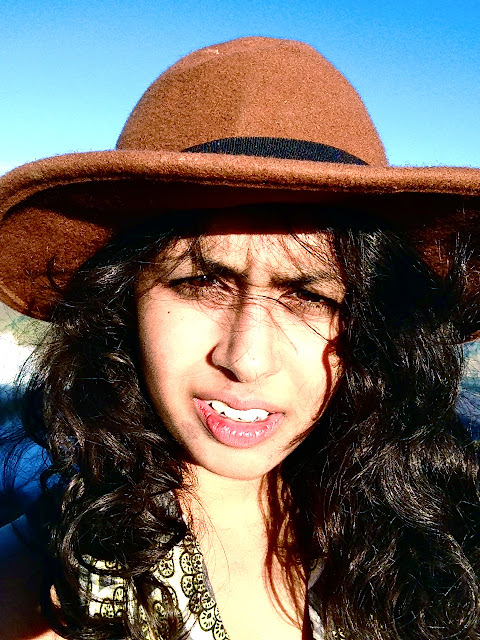 7. Benefit from Lombok's Beauty. Waterfalls!
Before or after hike, do some of the nature stuff. Saw the second most beautiful waterfall of my life. The first is in Thailand, but I never thought anything could match this beauty. It made a perfect and massive ampitheatre of green tropical jungle with powerful bursts of water thundering to earth. It's the mythical kind of place you dream of as a child. 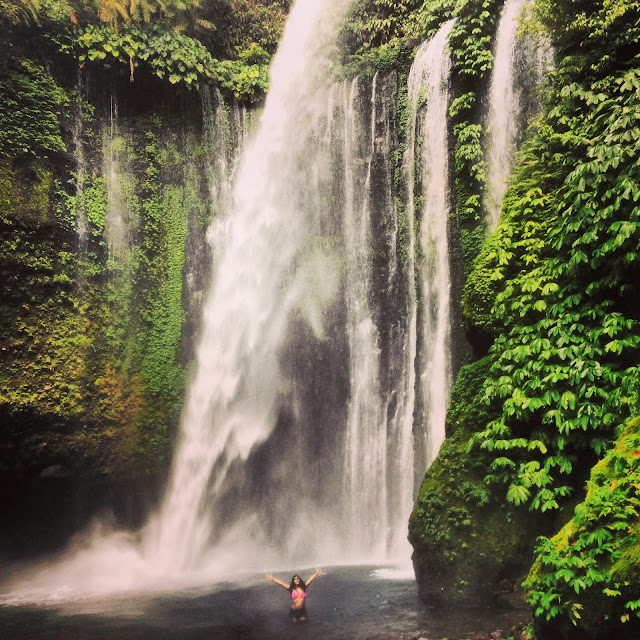 Warning though, it's quite a trek to get there in Senaru. There is one waterfall that is easy and down a path, the other one you have to trek across treacherous bridges with no rails or through an hour of river and rock! Worth it though. Definitely. 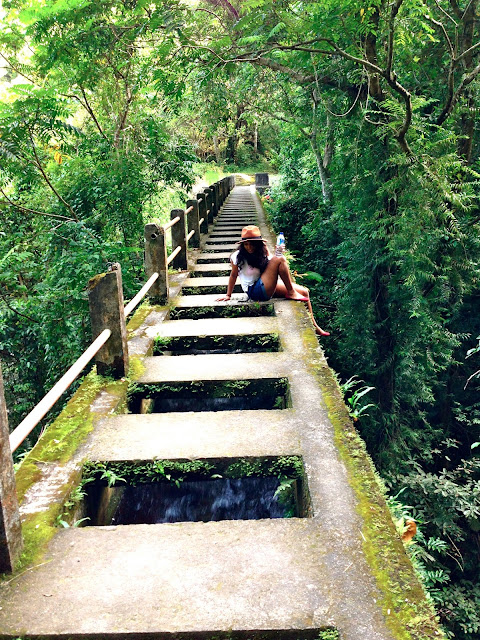 Death bridge. WHAT'S THE POINT OF HAVING SPACES FOR PEOPLE TO PLUNGE TO THEIR WATERY GRAVES?? Indonesia's infrastructure confuses the heck out of me sometimes.


8. Reward yourself with island partying in Gili T.
BEST PLACE EVER. 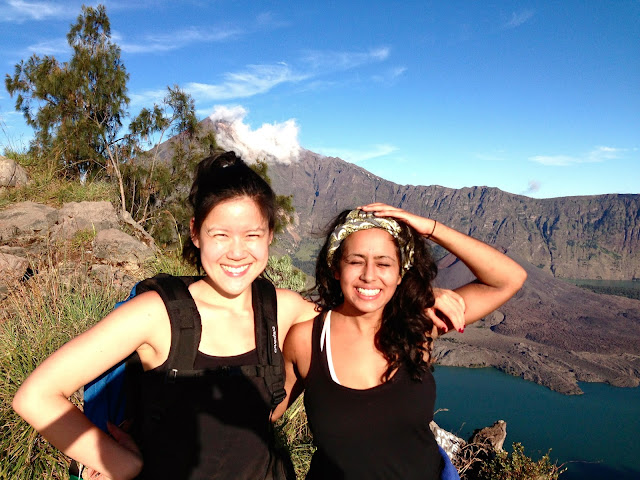 Until the next two weeks of adult friendship! 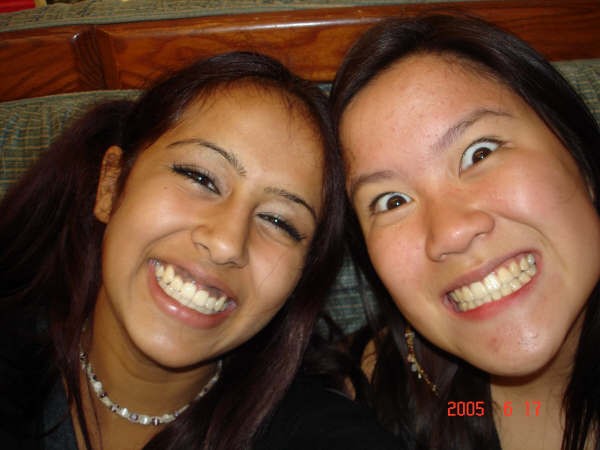 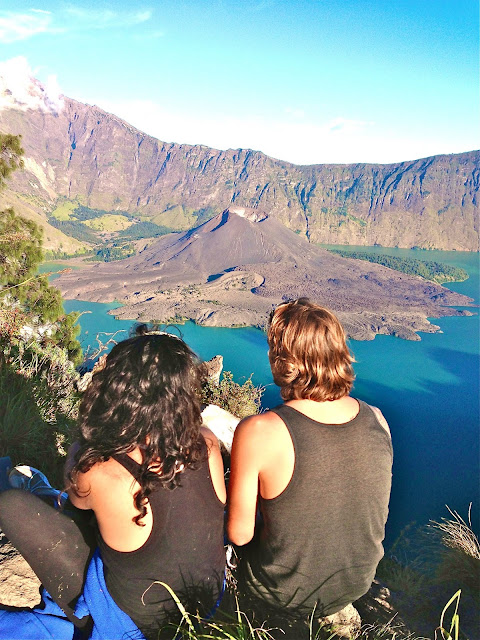