That Time I was on TV..Start Something Big

On Having Your Blog on Television, Getting Your Heart Ripped out of Your Chest and Working That Artsy Dream Job

Oh god, I've been so embarrassed to post this (that's why it's taken me a year). Hell, I'm a writer/thinker/mastermind not meant to be in front of the camera! Oh well, here's my big interview for Lil'Fel Rocks the World on Canadian television for the show Start Something Big, a show about young people going big with their dreams. Woo go blog! Boom!

The birth of this show is an amazing feat in itself so I have to give some Scarborough flavoured gunshots for this. When travelling or just old fashioned living, I'm drawn to inspirational young people doing crazy shiz with their lives, and Gwen Elliot, the host, is the boss queen of them all. She's MY AGE (25) and went from working at MTV in California to producing and hosting HER OWN SHOW. Don't tell me to shut up. I know, right? Yo, Gwen sauce,  can you dish out your magic dust of energy and motivation? Watching her show is badass because she and the other folks she interviews are living proof that if you work hard you can GETTER DONE.

Anyways, keep on inspiring us, Gwen, and thanks for believing in my blog (but friends please ignore me speaking, "I'm sort of obsessed" and sound like a turd...!!!).


Music
If you can't tell from my obsession with new music, I'm all about indie artists and discovery. Here's a shout out to the amazing music that got used in this. Frackin' hell so much talent out there. Even if you can't hear it well, check them out.

TMCN-Get Drugs. Rock band with an electro vibe from Paris. You know how my heart beats for French electro. @weareTMCN

Bodega Girls- Ain't That Cold. These guys are from Boston and have a rugged soulful electro sound that makes me want to fly by night. @Bodegagirls

(Not in the show, but contacted them anyway) Birdy Hunt: Truth. I listen to this French indie band on the reg.' My lovely Parisian friend and photographer of The Concubines introduced me to her BF's band. I aurally fell for them and have them on my main playlist since. @Birdyhunt Paris with Big P before I left for Toronto, never to return!

I sort of left out a part of the story. The reason I took so long to post this is because I was heart broken. Like, serious kicked in my chest agony that accompanies losing the love of your life. And I did lose my love. I lost Paris. That job in Paris I spoke about didn't end up happening (ha, bet you thought it was about Big P? This hurts worse..trust me). Even to this day bitterness wells up in me and I want to punch a wall. What happened? Well the work permit was taking a while to get, damn France administration in the summer(why I was back in Toronto at all) and the  company just went and hired someone else...while I was waiting! The same day they told me that they were rescinding their offer, I got an email from the consulate telling me I got the Visa. I called the company back in joy to tell them, but they didn't pay attention. The damage was done. Hell, you know I turned down another offer for a job IN PARIS to take this one, eh? It sucks to feel kicked to the curb, but I guess in the end things work out for the better. A company that treats people like that is not one I would ever want to work for, hmph!  Lesson kids: Have reasonable expectations for obtaining your international work permits and protect yourselves in the contract for this! I made the mistake of not attending to that, being too young and excited to think things through. ANYWAYS.

Everything heals with time..and better love
I'm launching a wicked project at the moment in Indonesia, mapping out the indie art scene, making an online space for it and working to connect these badass underground artists with brands who want to tap into their cool vibes.  So like, PR + the goal of my blog in one sweet job. It's called +sixtwo (the country code for Indonesia) and it's the most challenging and fun thing I've ever taken on. Starting a company from scratch! ME. WHAT. I'm doing this with a partner of course. BUT STILL. AHH! Where will this take me next? It's a new chapter in my life. The best part about this is having the chance to get to know a different side of Indo, one I've never dove too far into. Finding the art and talent out of this country is giving me a chubby. More about professional chubbies in my next post. 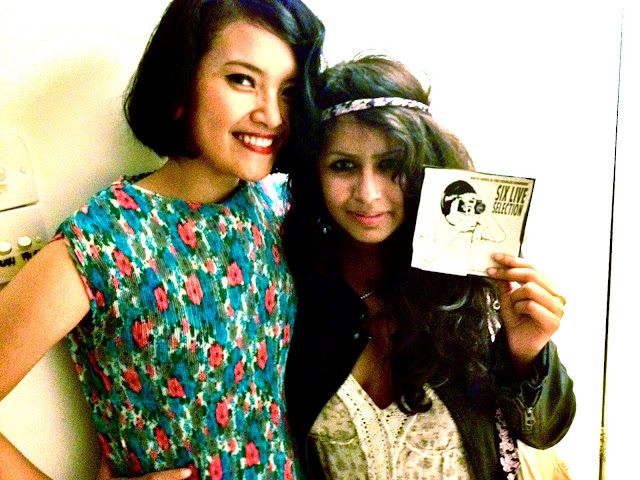 Hanging out with one of Indonesia's most famous indie bands, The White Shoes and the Couples Company. LOVE MY LIFE.

Anyways, for +sixtwo, think of the Chinese version, Neo Cha or the French one Elegangz, but for Indonesia. It will be a creative consultancy rather than an agency though. I mean whatever, I'm interviewing and writing about awesome people daily, and helping artists find work. No matter what, this is a great experience and I'm hella excited to share it with you all. More Asia! It's scary to think that this could be the next big path of my nomadic life..Don't worry, Paris, I'll pick you up another time.

And the icing on the cake, LFRW got 1400 BIG LIKES on Facebook today. Woo! Thanks everyone for the support through my lost days, partying in Thailand, skype advice and blog love and comments. I hope I haven't bored the electrolytes out of you, you need those!

The world's our oyster! When you are feeling unmotivated, there's always Andy Samberg.


SNL- Great Day. Ps. I do not condone cocaine, silly fools! Seriously not cool. But Andy is.