Handsome, Wimpy, Hardworking and Not Funny? German Stereotypes Broken Down 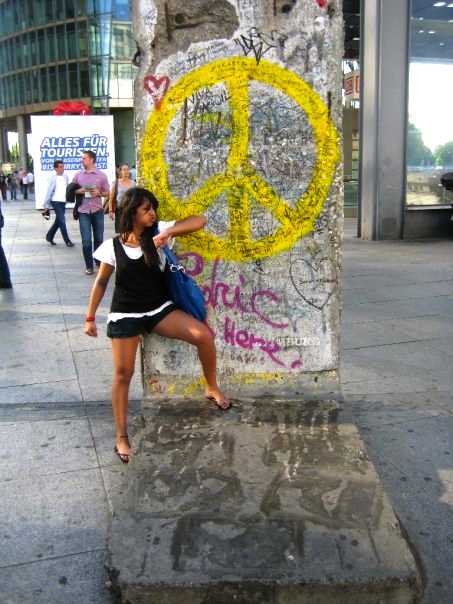 The recent blitzkrieg of German people in my life has prompted this photo throwback to my days living in Europe. It's weird though, despite inhabiting neighbouring France and dating a Blonde German Blooded Yeti for three years, I had very little interaction with the Deutsch people or their country, until I moved to.. Indonesia?

In Bali, I partied my ace off with some wildling Germans and had one of the most fun trips of my life. In Jakarta my work was invaded by people who sounded like Arnold Schwarzenegger on crack (yea yea, Austrian, German whatever). So in the last two months I've come to quite enjoy their company. However, being in such close quarters with them, I couldn't help but notice several stereotypes I had heard about actually pop up continuously. And while anecdotal evidence undoubtedly supporting confirmatory bias does in no way equate to truth, it does offer enough laugh material to make fun of your boss beyond merely their ridiculous accents. I've been compelled to share. "Do it now, YAH?"


1) They are disciplined work freaks of nature. TRUE.

In Paris, we would order a bottle of wine, sit for an hour and a half and chill out of work lunch break. Life was there to enjoy it. Work hard, play hard sort of thing. Working for this German company, there were no long lunch breaks, people planned more than they banged and they got things done FAST.

They even commence their efficiency indoctrination young. Rather than the jovial, Ring around the Rosie and cutsie disease songs we learn in the west, the German kinder are taught songs of a different nature :

Translating to "Tomorrow, tomorrow, not today is what all the lazy people say." 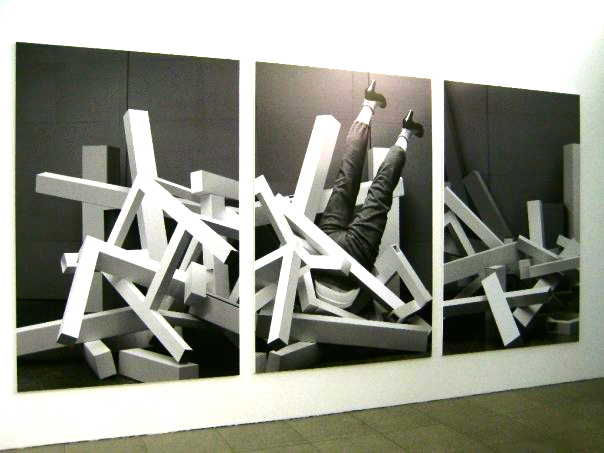 At the Museum of Modern Art in Berlin.

I couldn't believe that a land full of strapping, beastly tall men could yield such itty bitty passive dating behaviour. Yet after my extensive research, mainly a plethora of stories from female comrades and confirmed by this article in the Spiegel  I've come to accept the verity in this German stereotype.

Apparently, in the dating world, there is a lack of 'go getter' spirit that men in the rest of the Western world display. On one hand, this rocks the kasbah. The men keep their composure and don't come off as famished dogs scrabbling after a piece of wiener schnitzel while in your company. On the other hand, seriously just grow a pair. If it's clear a girl likes you, don't pull a Jon Snow, go for it! Apparently women in Germany make the first move? I dunno, I've written about it here in the Hooking Up Guide to the World.  Personally, I've seen the aggressive and passive. What do you think?

Upon mild scrutiny of other German peculiarities, it's not even that surprising. Beyond Angela Merkel being the badass babe leader of their country, did you know that affluent German men are expected to take a piss SITTING DOWN? Whoah sauce. It appears that while the men are wimpy and emasculate they are reacting to strong ass female behaviour. Even Simone de Beauvoir in the Second Sex wrote about how peeing standing up and freely for a man is one of his most empowering qualities. Pop a squat. Lose your balls. While ex amour's blood was German, his spirit was French..no wimpy dude here.

South Park fuelled  what so many people thought already. The kids had an award ceremony and voted Germans as the least funny people, over the Japanese and even some Inuit tribe. The country of Germany in response blew their lid at their ranking and created a robot, called FunnyBot to calculate the pure humour. In the end the robot thought the funniest joke of all would be to exterminate the human race. Awkward..

Parody aside, the stereotype is not completely true if only because it's not specific to this one country.  Europeans in general are not that funny. Their humour, like the French and Italians, are more of a cynical nature -- snickering at other people's chagrin rather than generating their own hilarious content (like us North Americans and even the Brits)! On the other hand, I suppose relative to their continent mates they are a bit stiff, lacking the easy going flow that anglophones or Latin bloods have. Whatever, I've shared many a laugh with these folks.. even if it just about the efficiency of work flows in Asia. What a knee-slapper!


4) They're Colder than Canadian Winter
TRUE

Having the ex amour's family come from some cold tiny island of Forh, they definitely did not seem to be as loving, warm and touchy as their Swedish counterparts. As a bubbly, talkative and curious Canadian I had a very hard time winning over his massive 6'6'' father who looked like he could eat me for a midnight snack.

Their affection is a treasured secret, displayed privately and in small quantities. This is completely in contrast to the loud, overflowing personality of Latins, Caribbean people and to some extent North Americans, where you are lavished in enough warmth to out live the sun.

Even Germans believe it about themselves! Allow me to share a joke about the Northerners/Friesians told to me by an old German boss I had.

A guy walks into a bar in Forh. He is cold and tired. The only thing he utters to the Friesian drinkers around him was 'tach'  (the equivalent of a nod).

They all looked at each other incredulously and asked, "Who the hell's the foreigner? He's too bloody talkative!" 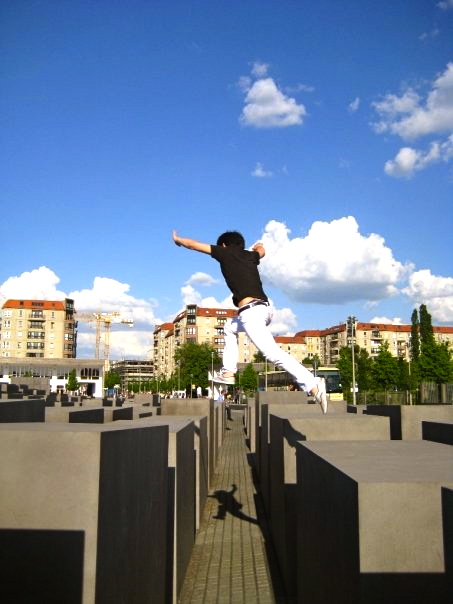 Holocaust Memorial. The art in Berlin is some of my favourite in the world.

If you've been feeling sore from all the German bashing know this: the music and art from Germany is some indeed some of the best. If you don't believe in heaven you will after you hear this (they're German right?).

Don't pull a German and take this too seriously. Some people experience serious internet rage. If you disagree or (more hilariously) have something to add to the list, enlighten the world/us! Danke! Next coming up is a mini guide to Berlin Nightlife!

Diggin' the gross generalizations and stereotypes? You'll also like..

Guide to Hooking Up Around the World

London Vs. Paris Vs. America