10 Most Romantic and Rotten Hook-Up Spots in the World 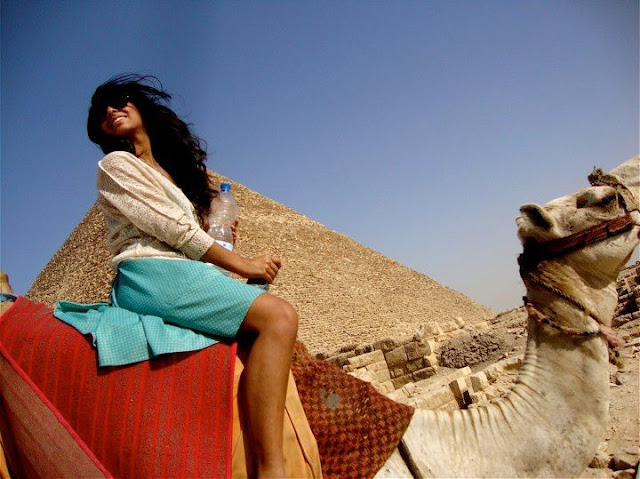 Three years in a Long Distance Relationship means I've traveled quite a bit in order to get a piece of ace. If you've taken my advice in Three Ways to Survive an LDR, you've made international booty calls the most exciting aspects of your lives by exotic dating. Being that it's Valentine's day and all I've decided to list the most romantic places I've felt the wings of love flutter in my chest, but also the black swan twin, the LEAST romantic spots to have some tongue slug wars in your mouth. Do I not sound that romantic? That's because as I speak I'm wearing a bra on my head. Meet prude Pope Jean Bra III . 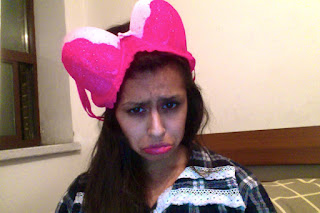 This bra is a present, not from a hot Ryan Gosling dream lover, not even a nerdy dork face with a missing tooth. Nope, my one and only Valentine's Day present is from my mom. So if I seem a little unenthused this Valentine's please refer back to this picture and cut me some slack. Word?

I've been lucky enough to have some of the most badass romantic Valentine's days from various relations, but since this is a travel blog, I'm only focusing on my old LDR that necessitated a buttload of traveling. Okay, carrying on.

Let's start with the bad spots for all us metaphorical Bra-heads this Valentine's Day.

1.  Nevada Desert in the Summer

This may look like the makings of a hipsterotica film but in reality I felt like my skin was slowly being ripped inwards and trying to flip itself inside out, one prickly pore at a time. Frack, it was damn hot. Not to take you on a train to Dramz Central or anything, but for the first time in my life I felt like I would have fainted from the heat (and this was after living in Thailand too!). Basically, if you want to get it on, avoid places where the idea of body heat makes you more uncomfortable than a Serg Gainsbourg and Whitney Houston interview.

2. Highway on a Motorbike without Helmets, Guangzhou China.

Is this tantamount to the thrill and terror of the thuglife? I felt at any moment I was going to be killed, racing along the highway at breakneck speeds with no helmet and no chance to speak over the roar of the motor. Well, perhaps some romance can be derived out of our inner city adventure, a sort of Chinese Jack and Rose moment. "If you ever let go of me, I will poo myself." My response to amour. "Okay calm down, I'll never let go." 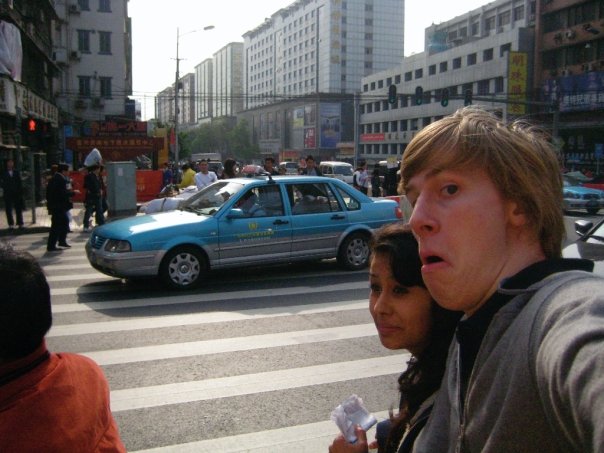 While this may be one of the coolest experiences I've ever had in Thailand, it is also probably one of the least romantic too.  We had just met the Thai Military stationed to fortify the dangerous and heavily populated border crossing. Somehow we made buds with them and they offered us a tent to stay on the mountain with them overlooking the two countries. Sounds epic right. It was a seriously "authentic" experience to get wasted with military on local booze, exchange stories in our sign languages because no one spoke each others language but we were so passionate we kept trying and eat some food from the local shop. However, sleeping in a tent on lumpy ground with the Thai soldiers all around..probably not the most conducive to loverness. BUT WHATEVER IT WAS AWESOME. Can't wait to blog more about my northern Thailand adventures! 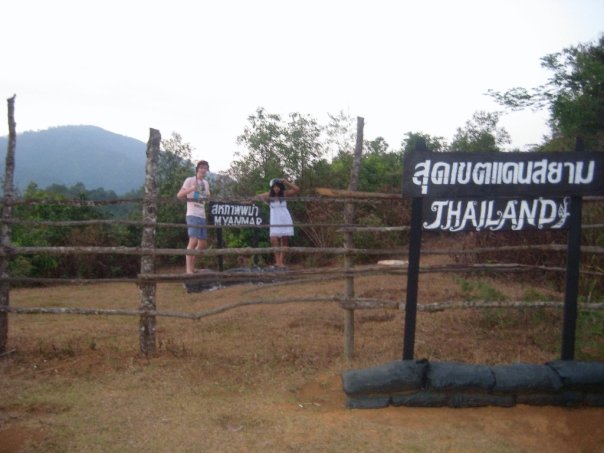 Any magic you attempt to cultivate is quickly squashed by people trying to rip you off at every corner. Authenticity, honesty and local charm were bazooka-ed out the window.  For the first time in my life I disliked a place. Even (more like especially) while viewing the awesomest wonder of the world with my amour at the time we feared that they were going to take his horse off and pressure him for more money. Oh lovers of the world, do not do Cairo for a romantic getaway. Find more stress free hoods!

"Camping along the Ocean Highway driving through Cali (below). After driving for hours and being rejected from every hotel in the mountains (it was Labour Day so all them Americans decided to flock to the hills and use up all the hotels!) we decide give up hope on civilization.  We wanted to drive all night, but the truth was that if we didn't find somewhere to stay it was possible that I or Paul would fall asleep while driving and lead us and our 3 bros to our watery grave on the ocean highway. So we whip out our sleeping bags and sleep on a cliff. Call it dangerous but it was one of the best and adventurous nights of my life (If you're a Canadian who goes camping, you'll understand). If the world was my bedroom then imagine one wall was tall looming mountains, and the other was the vast expanse of the Pacific. Right beside my bed was not a nightstand but 700 m drop into jagged rocks and ocean . My ceiling was inundated with glow-in-the-dark like sticker stars except my Orion's Belt was the real one. And right beside me (or under me) was the person I loved most in the world". (Read more in How to Love Life: Take a Road Trip with Best Friends)


2. Picnicking on the Tundra, Greenland

We were not alone but that was okay because with us we had a chef who prepared fresh bison steaks, which we drank with delicious wine. Afterwards, we snuck off to explore the ice sheets in the background, rolled around in the moss a bit (not like that! But from jumping off rocks), and found a cool waterfall! Nothing gets my heart pumping faster than watching Ryan Gosling in Blue Valentine than having a sneaky, wonderful adventure! 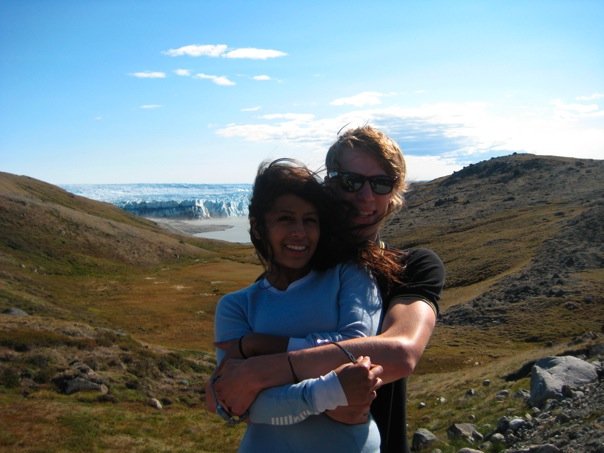 Darkness had started to descend and we had no plausible way out of the deserted, secret beach area without venturing into the jungle without a light. What do we do? Rip off our clothes and run into the water, obvi. In the end we had to stay in some random Chinese people's homes who thankfully let us in. It was only in the middle of the night did the most amazing thing happen to us. I snuck out with my blanket after the amour started to doze off and lay on the beach alone under the stars. I was visiting him on his year abroad and my heart was heavier than my butt after dim sum at the thought of leaving him again so soon.  When the amour saw me gone from bed, he came to join me on the beautiful empty beach and laid with me under my blanket. All of a sudden the water started to sparkle, like Edward Cullen's face in the sun! I thought there must be a light somewhere but there wasn't. It was a sort of algae in the water and they sparkled and dazzled for us as we held each other tightly. Lying there together in that moment in a foreign world, with beauty enveloping our senses made all the sadness seem so far away. It was perfection. I wish more than anything that lovers everywhere can experience this beach and its sparkling algae. 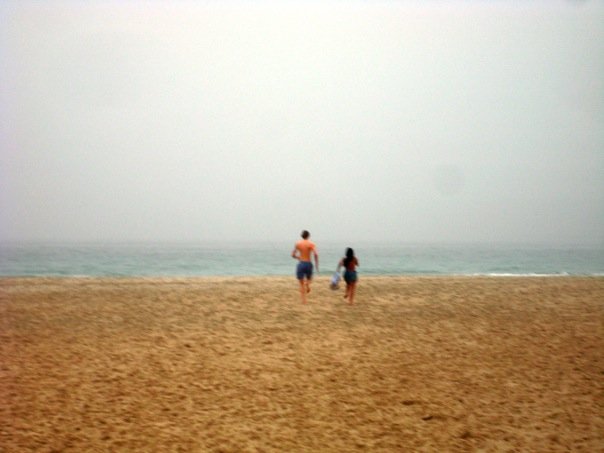 Grabbed our picnic blanket, some crazy Spanish food, some wine and we said "*uck it, we're not eating in a restaurant." Finding the furthest and most isolated spot to have our picnic was synonomous with love and adventure.  Everything was new and exciting, from our feelings, to the food, to the land. We were in a quaint little coastal town that I also need to blog about because it was an absolute hidden gem for avoiding tourists and finding beauty. Drunk off our blossoming love and probably a healthy helping of wine, we started singing at the top of our lungs and went skinny dipping in the clear blue albeit cold water! Life couldn't have been better than that moment. Finding beautiful and adventure picnic spots were critical! 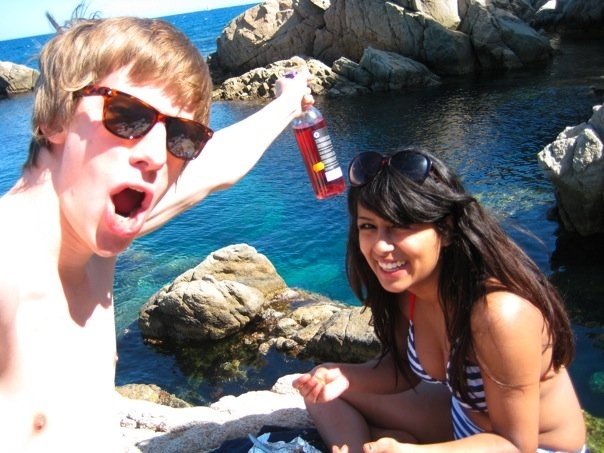 After more than a week of riding the Trans-Siberian Railway from Moscow, we had finally arrived to the end of Asia -- Vladivostok. Sitting at the top of the world in that moment was beautiful. The world was just stretched before us for infinity. We had crossed a continent, and something in my heart ached from the beauty of it all, and the person I had done it with. These moments made the Long Distance Relationship seem less horrible... 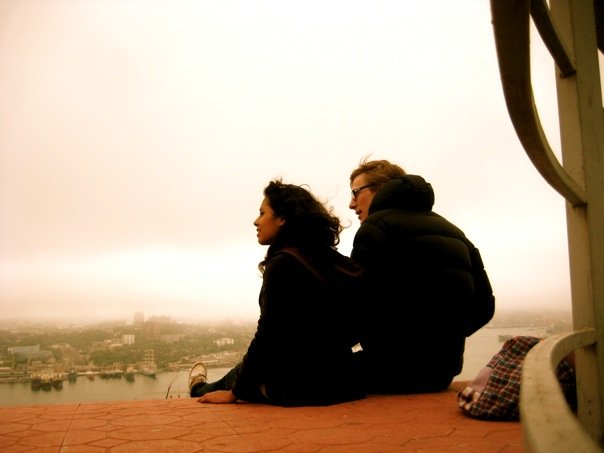 If there's one thing you need to do while in France it's kiss a French boy/girl on a bridge. Whether it be during the day when the Seine winks playfully at you in the sunlight or at night when the Eiffel Tower can be seen sparkling, grab someone and kiss them. Even while living there, the romance of it never, ever escaped me. But be careful!  You will feel like you are falling in love! I know people think the romance of Paris is overhyped a bit, but I kid you not, I felt physical heart pains from how wonderful it can be, (read more about How I Hated Paris..at First) but it took some time.

There should be no compromise in this. No one, not even Hannibal Lecter could remain unmoved by the romanticism of this city. I know I'm being a cliche so I'll give you the most romantic bridge in Paris: Pont de la Tournelle (at sunset). See the white and greys of Notre Dame fade to pinks and purples as the sun sinks into the Seine. Please, if you are in Paris today, please do that for me. Kiss like no one is watching! 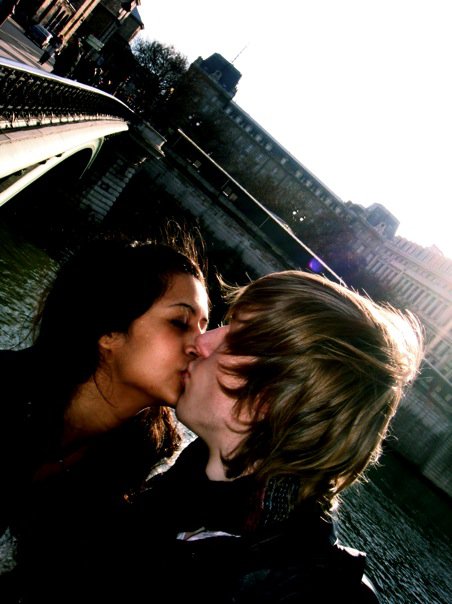 I have to admit something. I took off my Bra Hat. As I wrote about these amazing memories from my past, I  evolved into a new species of human with a larger heart that had wings poking out the side! I fell in love with Valentine's day again. I know some of these stories are sort of crazy, but hopefully it inspires you to make the most of your special day, no matter where you are in the world! One thing I learned from the Long Distance Relationship is that you have to create the opportunities for your love. And while you may not be booking a flight to Greenland, do something special, have fun, laugh and love today.

Happy Valentine's Day Everyone! And thank you, World, for snapping me out of my grump-grinch Vday blues. ps. Get laid!!!

pps. Sorry for bad grammar and mistakes! Did this in a rush with work in 4 hours!

If you're lucky enough to be in love, share with us the most romantic spots in the world you've been /experiences you've ever had!

How to Love Life? Take a Roadtrip with Best Friends