Franglais: 7 Ways the French will Confuse Your English 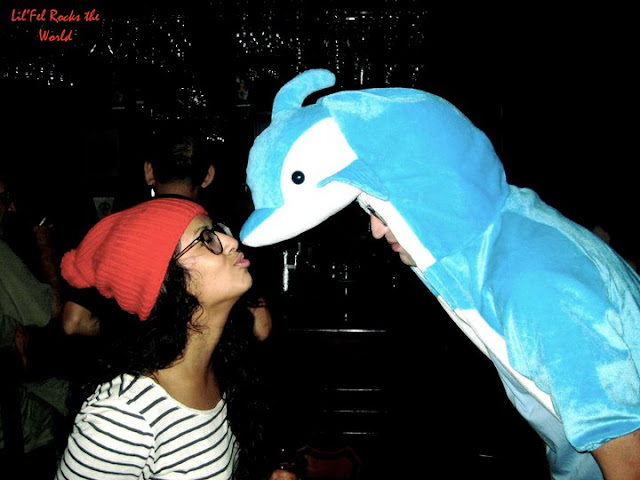 There are very few times in your life where you will sympathize with Madonna, but living amongst the French for prolonged periods of time will lead your tongue down a confusing path.  Remember how diva everyone thought she was for taking on that corny, fake British accent? Well, you'll find out for yourself that she wasn't faking completely. If you are an expat or a student in France you are definitely experiencing your own language transmogrification except you'll learn that in your case it's to a degree worse than the outdated pop Queen herself. (Read more on Erasmus website!)

I mean, all expats go through language warp regardless of country, but this is to the worst extent because a) it's not even English unlike North Americans who go to Oz or UK. While they may come back sounding like cylindrical turds saying 'reckon' or 'bloody hell' at least their grammar and expressions make sense and b) the French are so smug about their language superiority in France, don't let them conquer your English too!

Bref, listed here are 7 weird things all French people say all the time, enough to wear down your wall of reason and overrule years of English class. In order to prevent the spread of the pretentious disease known to many as the Frenglish accent, they have been documented.

Example: It changes nothing for me, we can speak English if you want.

What they're trying to say: It doesn't matter. It may not be grammatically incorrect but it's still weird. This is precisely what's so tricky about hanging out with French, they change the language ever so slightly that it hoodwinks correct common speech. Saying the dramatic 'it changes nothing' to replace the casual 'it doesn't matter to me' is forcing you to speak like a soap opera superstar and I will not stand for it.

Example: Of course I read your blog posting, says the Ex, I read it diagonally.

What they mean to say: To skim something over, which is what my hand did to his face.


5. That tells me something

Me: Hey Justine, do you know that crazy, sexy new site Beautiful Men in Paris?
J: Hmm..oui...That name tells me something..
Me: Oh la la! It's an artistic and creative version of the site Cute Boys Make me Nervous but dedicated only to the sheer beauty the men command in their stunning city.  Hellooo septième ciel.

What they're trying to say: That reminds me of. This sneaky strain has pervaded the deepest levels of my speech. Even in the company of Anglophones it tumbles out of my mouth like rotten escargot, and it's only now that I've spent some time outside of La France do I wonder if I even make sense to my peers. News flash: You don't.

For when does this website start?
Me: As soon as I get back to Paris! Which is hopefully in one month. FYI French administration in August essentially shuts down shop and it's impossible to get anything done. Putain.

What they're trying to say: When is it? Adding 'for' in front of questions is quite stupidly common for French people, like For what are you going to be in Paris?  Attention for this useless word messin' up yo flo!

What they're trying to say: Talking to oneself. First of all, my name isn't French, so stop bastardizing it. Second, are we in a Shakespearean tragedy? Keep talking alone, Frenchies, no wants to hear your crazy ass English.

The muse and inspiration for the alluded to site coming soon. Beautiful Men in Paris. Be the first 100 to follow for privileged status for future giveaways and stuff.

2.  The scooter of Jacques Léopard was stolen (abandoning the possessive apostrophe mark)

What they're trying to say: Jacques Leopard's scooter was stolen.

You'll find this happening and not even realize how prevalent it has become in your speech- 'the party of Camille will be amazing, the dinner of Caroline ended with us making music! etc etc.' Because in French they use the 'de' for possession, meaning 'of'. It's not wrong per se but another step towards Lingual No Man's Land.

"Oui Laurène, I am a beautiful charming and brilliant French man who will be featured on a website called Beautiful Men in Paris, do you want to maybe take a drink tomorrow night and talk about it while I make sweet love to you?"

What they mean to say: 'Get/have a drink.' This is the most forgivable of all their follies because when a French person wants to have a drink with you, you do it. You are in one of the most visually and linguistically beautiful countries in the world and while it sucks to sound like them or have your dull Canadian name sound like a luxury perfume line, it'll make your sejour in France that much more romantic when you integrate. Your answer in broken English should be "Oui, Pierre ouiiii! I was just asking myself if you would ever ask me to take a glass with you. I do!" Plus, if you don't come out of France sounding like an English Mutant Ninja Turtle then you have not experienced the culture nor the people nearly enough.

En revanche.. The French View
Besides as one of my charming French friends, Dimitri (from the band Western Indians I posted about last week), pointed out when I told him about how rotten my English gets, he said, "Good! It's nice to know that it works both ways. For us French who speak English, we become aliens in our own language too." Apparently they start saying things like "Ca fait du sense" meaning 'that makes sense' but things don't make sense in French, they're logical (C'est logique). There are some more but I forget slash don't care just keeping talking to me because I'm with Josephine Baker on this one who once said, "I like Frenchmen very much, because even when they insult you they do it so nicely".  Can anything sound bad in French?

Anyways forget what I said before. Having the best time in France means finding other citizens in the Land between Languages where French try to speak broken English and you try to speak bad French. In doing so you proliferate the greatest language of your young life and make the best of friends while doing it, Vive le Frenglish! 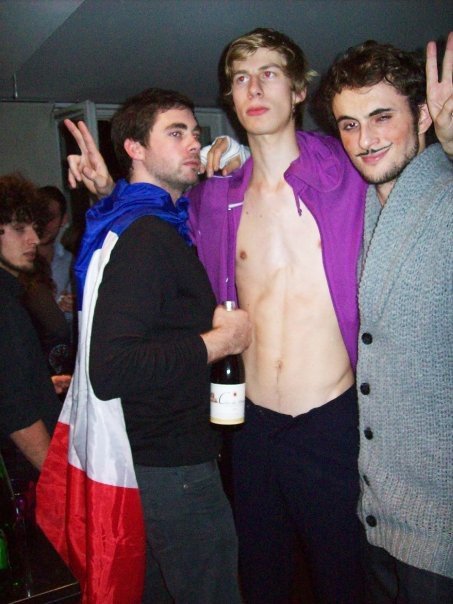 French people being normal at my French Stereotypes party

If you've been contaminated or diagnosed with Frenglish,  help add to the list with your own symptoms!

More underground indie music discoveries and a small sneak peak at the music I will use when this blog is featured on T.mofuggin' V next month!!  This band just rocked out at the Parisian Music Festival Rock en Seine and it's no surprise at their success with the catchy indie pop sound full of fun and happy feelings. Thanks to my lovely and ridiculously bilingual friend Claire for introducing me! I'm reminded of Two Door Cinema Club. Although I'm loving Toronto,  I can't wait to get back to Paris and bask in everything cool.


How to Hook Up Around the World: Don't Confuse the French Kiss


Partying in Paris: The Guide