Happy Birthday to Me

Time Travel to 1987 or How I Became a Travel Addict 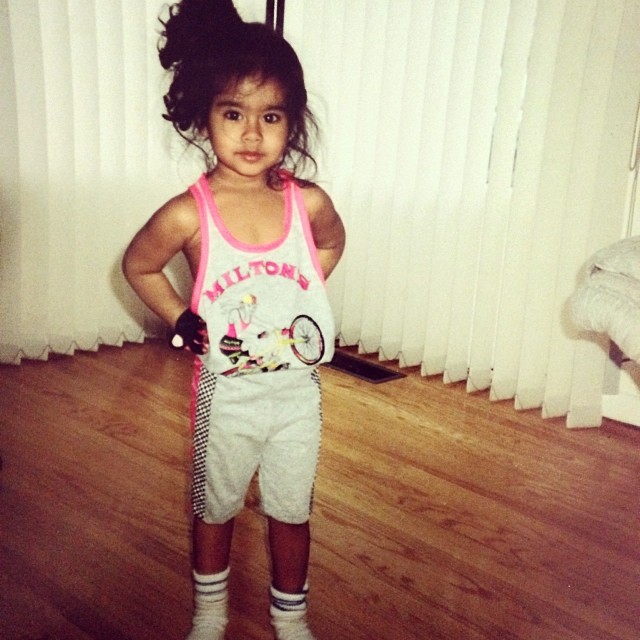 June 21, 1987. 24 years ago, my mother popped out this little Asian looking nugget. I was one of the first grandchildren born and I rewarded them good on this summer solstice by pooping all over my incubator while my family watched their precious new member's first  moments. Showed them good that I wasn't part of the system!


1991. Rebellious curled lip smile showing off the infamous Family Gap. Not happy at all to be wearing pink. Age 4 in Junior Kindergarden. Major events this year: learned to tie my show laces, discovered my addiction to high places when I started climbing my apple tree, realized I loved some instrument called the French Horn because it was pretty, and took the training wheels off my bike (which was the biggest thing ever. My first means to go exploring the great unknowns of my neighbourhood). Big year for Lil'Fel.

10 years later: For my 14th birthday I got my hair professionally dyed BLUE. Here it is faded to some gross green. And what is with the rocker ball chain necklace and 3 ear piercings/ear?   No comment. In highschool and middle school my hair went from pink to purple blue and finally...wait for it..dreadlocks. I was into KORN and Pennywise and snowboarding. F*ck the system blah blah.  In 2001 my restless spirit embodied itself mainly through my appearance.  As I became older, I realized there were cooler ways to be adventurous.  I dreamed of being a photojournalist mainly so I could rock out around the world and write, then I chose international relations as a program for university because being a diplomat and being able to live everywhere seemed like the best deal eva..


Now, I'm here. 24 years later. Did I become the journalist or the diplomat? No. But those aspirations drove me to be the person I am today, from studying abroad at SciencesPo for its reputation in IR, to living in Thailand and Indonesia to work with international organizations. However, it was this year I realized that I wanted something between int'l relations and journalism. Something more creative, but where I could write and be awesome. And so..just yesterday I just got offered a position in a media agency that specializes in communications for governments, non-profits, embassies and like interesting people overall in PARIS!! My first real job, what will the next ten years bring? They say age is only a number, but today I am really about to grow up.

I'm not part of the system! I'M AN ADULT.

Travel Junkie Settles in for Internship