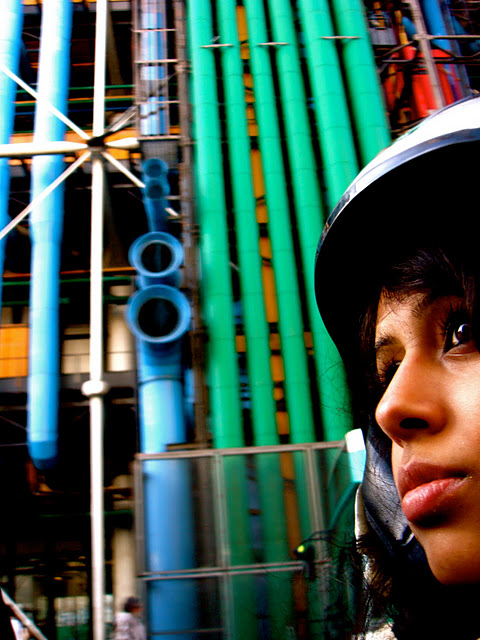 When you're an intern/student/backpacker or simply not Money-Bags McGee a real kick in the gonads before a night out is getting ripped off by your taxi. In Jakarta the risk is uber high because unlike its Asian neighbours, the capital city doesn't have a metro system and you're obligated most of the time to take taxis everywhere. Weird right? Yea it sucks.

Anyways, not to be your mom or anything but there are some risks to taking taxis. During my UN Safety training we learned about some taxi companies that have bad track records. There have been cases of taxis in Jakarta taking you on the wrong route, feigning a flat tire and then calling their friends over to rob you. Another time, a friend of mine taking a taxi home after a big night out fell asleep and woke up to realize that his stuff was missing from his pockets. Turned out the taxi driver tried to pick pocket him and hid them in the seats. Lastly, there are taxis that will try to rob you stupid with the power of their METER.  When you're new to a city, how the heck can you know what's reliable or not?  To help you out I've compiled a list. Below is a list of taxis that are known for good service and those that the UN have on their blacklist. And while we're on transportation, some other tips to getting around the block.

Once you know your way around the transport system, read this Taxi Driver Quality Exam and see if your taxi drivers pass the test!


Yo Jakartans, if you have any bad taxi stories or know of some rotten companies, be cool and let the rest of us know about it and help save us dolla billz. Also, if I've missed any good guys or tips, share-eezy. Love and Merry Holidays to all!!

Cool tunes from this Japanese pop band, The Suzan produced by Peter Bjorn. Funky sound and cute little Japanese accents when they sing!

Where the taxis take you before they rip you off:


Partying in Jakarta while Indo Explodes: Black Out Party