Indie Guide to Partying in Singapore as a Student

Indie Guide to Singapore.. Kind Of 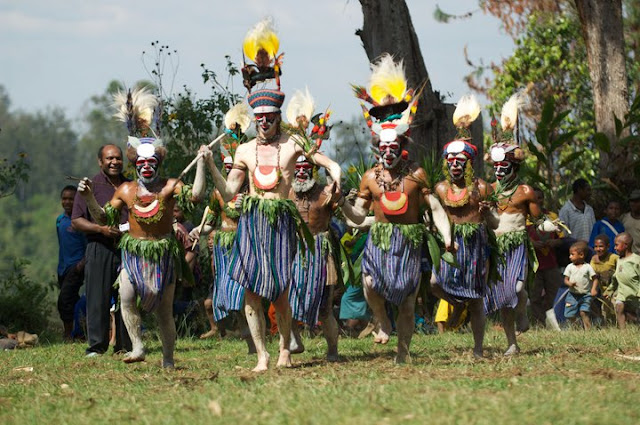 We wanted a break from the jungles of PNG after a 2-week trek. Singapore was a bit too much.


I can't say that Singapore gives off the ideal impression if you're into adventure, chaos and cheap good times, so this post won't be very long. I hated it after we flew in from 2 weeks of intense ass mountain climbing in Papua New Guinea. Singapore clean borders on hospital sterile. When walking down the streets you wouldn't even know that you were in Asia. As a traveller it then begs the question, what's the point?

For me as a newly minted 23 year old, leaving behind the occident to start adulting, what tickles my heart strings most about Southeast Asia comes in its bustling ambiance and carefree attitude to entropy — tiny alleys redolent of skewers and fish sauce, funky coloured chariots called Tuk tuks and Bajais Mario Carting through streets at top speeds, small enterprise everywhere with old grandpas fixing watches and sewing clothes that can roll away at any minute.  I can't help but think of Dr. Malcolm's simple philosophy in the deeply philosophical film Jurassic Park, "Life..finds a way."

In Singapore's neighbouring countries, life is unadulterated. It grows as it must. One look at a mobile Mango cart lady fearlessly weaving in the opposite direction of traffic to cross Sukhumvit is clear that the rules bend to fit the people, not the other way around like Singapore where gum and spitting is banned and neighbours serve as police agents to make sure the rules are kept.

Here, the city reminds me of a the tourist playground Orlando—contrived and plotted like a funhouse ride you were never naive enough to enjoy. The tourist party area, Clarke Quay, with its psychedelic take on the War of the Worlds like towers has all the tact of outdoor walking street of Las Vegas.

Even Chinatown is tame and something out of Disney World—a bad copy of the real thing. There are no smells and ambiance. It is clean and calm. Some try to compare Singapore to Hong Kong as another uber developed financial capital in Asia, but no way. While prices are comparable, Hong Kong is gritty and full of secrets. As a student or young 20 something, go there for sure.

Anyways, here is a couple of things I picked up while here. Since I'll be living in Jakarta for the next 6 months I will probably be passing through here again and this list might grow.

Update: This list is old and have deleted some.


The Exchange: Get free drinks on Wednesday because of your vagina. The city favours ladies and this place is no exception. It's where banker bros attempt to pick up girls drunk on sugary drinks. Not my vibe but in a city where drinks cost a minimum of 15 sgd, I would have definitely been convinced if I were a student out here.

Clarke Quay: Pronounced Clarkey by the locals, this is the kitch, Disney like clubbing area of the city. There are giant not-so-abstract penis statues lining the 'streets' and all sorts of tourists to accompany them. Good thing is that this seems to be where the locals go as well. Most places have major cover charges around 25 Singapore Dollars. Walk around and see what interests you from the food court of clubs. Can't say that it seems to indie and cool but it's def a good time if you go there drunk with amigos and don't care about quality of music or trying to pick up hotties.

Also, be careful where you urinate. True story, someone I was with (not saying who) bypassed the toilet lines and went outside in the parking lot instead. After 20 mins alone I went to look for him and found him with security guards next to him supervising him as he used a bucket of water to wipe his own piss off the wall. They be serious yo.

Little India vs China Town
Skip China town in this place because as I said it's an expensive and fake version of the real thing. I recommend Little India. It is actually my favourite part of the city (not a brown bias) and the only place that showed some charm and character. On Sundays it does channel some India vibes, but cleaner. The prices are good and if you're a girl you MUST go to a beauty salon and get your eyebrows threaded. What that means is that instead of using wax to remove your hair, Indians use this much more accurate technique with a thread. I do it religiously in Toronto and after climbing a mountain for 2 weeks in Papua New Guinea it was a must to get rid of my chubaka eyebrows. I paid 8 SD.

Electronics were all cheaper than China Town. For example, a Canon camera in LI was 299 SD + 8G memory card and they won't include tax. This is before any bargaining. The same camera and memory card in CT was 350 SD. Go to Mustafa's Centre as recommended by Alex below. This is the Indian mall where I found the cheap electronic stuff and it also has everything from vintage Casios to jewelery and Indian clothing.


Eating really depends on what you're down with. I, suffering horribly from Chocolate Rain (see How to Survive Travelers' Diarrhea) and could not bare the thought of eating spicy Indian food. However if you are doing Meat-Free Mardi ( being a veggie for one day a week in order to decrease your unethical meat consumption) there are veggie restos galore in Little India. Because of the chocolate rain situation we did end up eating in the food court of China town. Everything looked pretty delicious and the plates were around 5 SD.

Haji Lane: This is recommended by the readers below and unfortunately we missed out. Cool alternative shopping, lots of indie designers, not expensive. 90% of the clothing is for girls though. Sounds awe-some.


Sightseeing
Big surprise and not that indie, the only thing I tried was the National Museum. It was hella impressive (recently re-opened after renovations for 3 years) and the best part was that a large part of it was FREE. Apparently the arts are highly sponsored by the gov', it's too bad in our short 2 day tour we didn't get to discover more of that. There's also a theme park that has a..geek alert.. BATTLESTAR GALACTICA RIDE. Amour and I were obsessed this summer with the series and were going to go but for whatever reason we didn't make it. Hope you do though!


Lodging: Where Not to Stay
There are so many hotels in Singapore that there is very little chance of you staying at the same one I did. But just in case here is my advice. For 180 SD/night definitely do not stay at Strand Hotel on Bencoolen road. After that damn mountain we climbed all we wanted was to pay a bit more for some comfort, but unfortunately that didn't happen. The showers were not hot, the beds and pillows were hard and the service definitely didn't compensate for any of these defaults.


Conclusion
The cool part about this city is that it's kind of a food court of several cultures in one city. Chinese, Indian, Malay, Indonesian, you can find it all here. The food is good and everything is clean and orderly.

The city is notoriously green, with many buildings putting efforts into making green roofs. I can see it as a good reprieve from chaos and pollution of Bangkok or Jakarta. And it feels nice to feel safe because people aren't out to rip you off (no constant bargaining with taxi drivers or tuk tuks!).

My initial point remains- don't go here for a crazy Southeast Asia experience on a budget. I think it can be a lot of fun if you are ballin' out of control and have more than a UN intern stipend of $300/month. It is classy and has a lot of cool bars and restos to try out. Regardless of money, I doubt I will ever love this place though.