My Mission: To Create the 'Indie Guides to the World' and to Travel with Student Debt 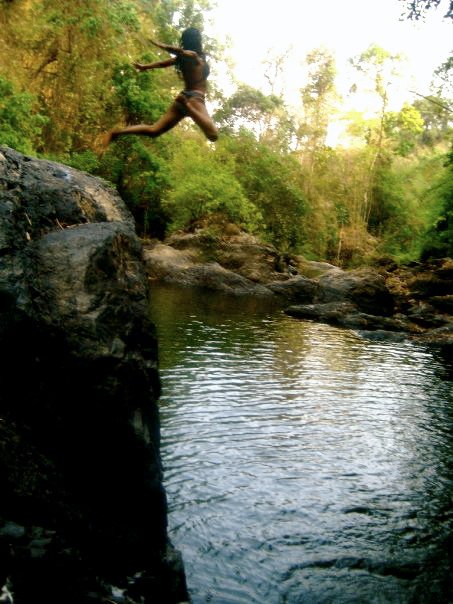 While traveling and researching my next adventures I realized there was a real deficiency in (free/online) travel guides appealing to what a poor intellectual student like myself was looking for. Finding cheap suggestions were easy, but it never told you where the best electro parties were, where to drink sangria for cheap on a monday night, what were the most romantic and hidden waterfalls to make love under while also being the biggest to do insane cliff jumping off of, where to hang out with locals and not just expats, or how you know your magic shakes are legit. In short they never told you how to get off the beaten track WHILE partying your bonbon off in indie scenes, and where to find sexy romantic places that will keep your international lovin ridiculously hot.


All this I searched relentlessly for and gave up. It was only when I put a plea on a Facebook note for Thailand and tagged my artsy adventurous friends that I found real answers I could trust. I wanted to mooch of their experiences, because the BEST recommendations are ones that come from your friends aka like-minded people. I knew it wouldn't be crowded by tourist because I hadn't read it in the Lonely Planet. Out came "The Indie Guide to Thailand: Created by Poor Students", something that my amour and I followed religiously and it was amazing.

The goal of this blog is to

a) Produce "Indie Guides to the World" every time I visit a new place. As I've done on facebook, I want its construction to be an interactive process, sort of like Wikipedia but for like-minded romantic hip cheapsters who hate tourists (yes I realize the hypocrisy of hating tourists).

b) Share my plights leading up to an adventure, starting from choosing a destination to finding theeee cheapest flights, charming hostels for less but while being in the centre of the action.

c) Let my friends know what the heck I'm up to when I'm outside of Toronto. And hopefully inspire my more "cautious" friends to break out of their shells, by swimming in oceans that might be filled with sharks or man-eating bugs! (You know who you are).

d) Give you music that embodies the insanity and romanticism while traveling or anything discovered while interacting with people from different backgrounds and experiences. Music adds a dimension to memory, it inspires, and it helps you feel so much more sometimes than words can ever do.

e) Muse on the difficulties and joys of a relationship created and maintained by traveling ie. a Long Distance Relationship (LDR).

This isn't meant to be an objective guide. This is the world how I've rocked it. Friends I speak to say that I'm so lucky for being able to travel so much and go to school and be keep my LDR going. That's baloney. I'm not lucky, I just spend a lot of time and energy making it possible. I want you to learn and be inspired from my struggles. It's not easy to travel, but when you know where to look and with a bit of motivation, ANYTHING is possible.

(As usual I'm procrastinating. I should be working on that book report I spoke of last night. At least now I've found a book, Innocent Women and Children: Gender Norms and the Protection of Civilians" By R. C Carpenter. It's pretty interesting but kind of ridiculous. It says that by categorizing women and children as innocent civilians in war we're screwing over innocent civilian men. In short gender norms undermine int'l protection regimes. She said that women and children can be as dangerous as men in war, and thus just by sex and age shouldn't be automatically deemed innocent..Ah it was due last week, I need to finish it ASAP!)