The Indie Guide to Toronto: Rad Bars and Music Venues 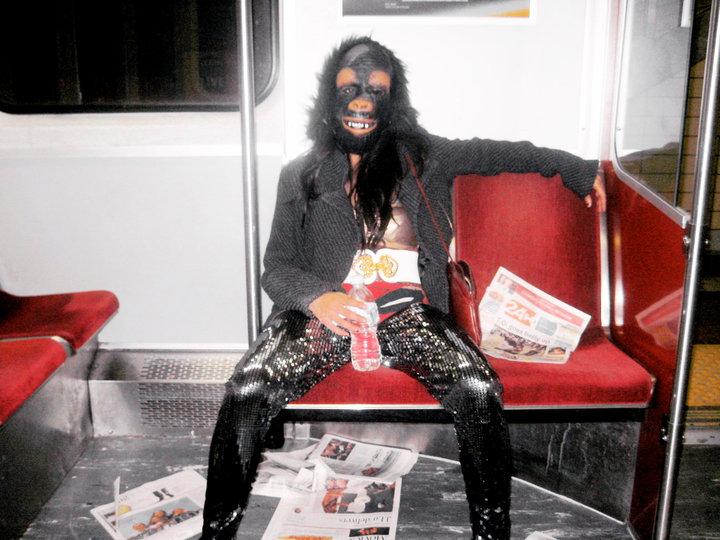 Toronto is home to Metric, Feist, Death From Above, Drake, Billy Talent, Tokyo Police Club and other awesome bands. Check out the vibrant bar scene to see where the magic happens.


Ronnie's Local, Kensington: Everyone I know and like with half a brain seems to love this place. It has been accused of being in the running for hipster olympics, and cursed with popularity (too busy a patio in the summer), but nonetheless maintains its status as a prominent watering hole of uni grads/ young twenty types.


Labyrinth, The Annex: Similar ambiance to the Green Room, this place has a killer special on Monday ($3 bar rail drinks) and Martini special on Wednesday nights. Another place to sit down for drinks with friends with a hip enviro. There is one caution: It is next to the diabolical BRUNNY as discussed in the last chapter. Although it may tempt you, do not enter its doors!

Snakes and Lattes: Opened up by a French fellow, this popular place is where student types go to socialize and play board games. Reminds me a bit of the place I wrote the most vicious review about (Watt in Paris), but unlike the suck reeking from there, this place is meant to be killer.

Madison, the Annex: With a 21+ restriction, it's not a bad place to go for a drink. Admittedly not a favourite of mine, apparently it is where you have the highest chance to hook up with someone in a bar (hell, I don't need good odds to ball out). Whether its due to its Frat House turned classy ambiance, this place is apparently where the single, older crowd go. Depends on your scene, I know it’s not mine, but many do find it enjoyable.

Bar Chef, Queen Street West: This is not a cheap venture, but it is cool! Come here a bit dressed up and ready to have the craziest, meal-like martini’s ever!

El Mocambo: A bit trashy and sketchy looking on the outside, this venue has housed the best show I’ve ever seen : Edward Sharpe and the Magnetic Zero’s. Its small, dinginess is what makes it awesome, putting you face to face with your favourite band (ie chilling on stage in a giant hippie circle with Alexander from Edward Sharp, holding his hand!!)


The Silver Dollar Room: Don’t let its location next to a skeezy by-the-hour hotel scare you (or tempt you away) from one of the oldest venues in Toronto. This is where you’ll be the first to discover the up and coming talent in Canada. Heavenly sounding voices of Decide Toi Clement! Knock Knock Ginger has played there!

Sneaky D’s, College and Bathurst: Great Nachos is the first thing people (or late night drunkies) will say about this place. Cool, albeit a bit on the grungier side, this bar/resto/venue is a staple in the Toronto scene. Good thing is that it is super cheap. Dan Deacon played here a couple months ago for $12 CAD!

The Duke and The Bedford Academy, The Annex: These two bars are U of T, especially Trinity, fav hang outs. Old Victorian houses turned bar gives the place an antique ambiance but the roar of drunken political discussions will quickly remind you where you are. Great place to go with a gi-normous group of friends or for too many pints. Recently I've been told that Tuesday nights at the duke is Trivia night with $5 double shots and lots of fun fun fun questions!


Ohbijou is just precious. If I were to make a bet I'd say that these guys are going to be world famous. They were told that they sound 'too asian', that's just silly.
Black Ice- Ohbijou.mp3

Claire Jenkins has an amazing voice and a funky folk band!